Following days of silence on the arrest of Bharti Singh of The Kapil Sharma Show and her husband Haarsh Limbachiyaa, comedian-actor Kapil Sharma decided to shut up trolls, who made fun of his co-star. This was after two trolls targeted both Kapil and Bharti by teasing Kapil that he too would be arrested soon. The arrest of Bharti and her husband by the Narcotics Control Bureau was largely linked to the mocking of Republic TV founder Arnab Goswami by Bharti’s comedian colleagues Kiku Sharda and Krushna Abhishek on the Salman Khan-produced show. Kapil later deleted both his tweets. 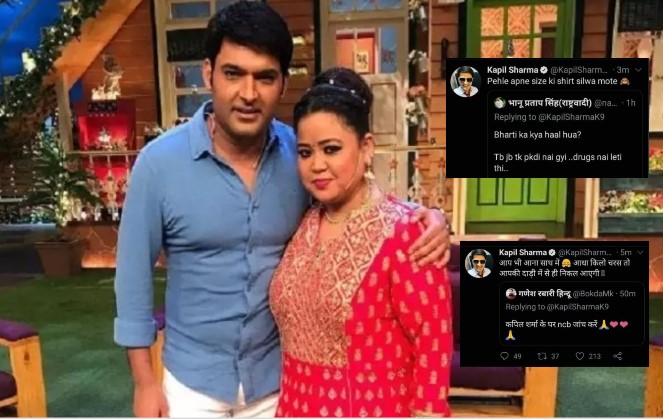 One right-wing troll had tagged Kapil on Twitter to write in Hindi, “The NCB should raid Kapil Sharma’s house.” A visibly angry Kapil replied, “You too should accompany them. Half a kilo hashish will be recovered from your beard.” 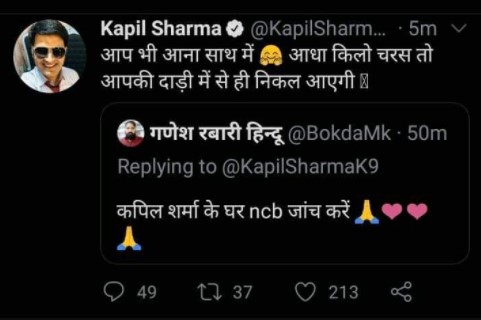 Another troll had teased the famous comedian by writing, “What happened to Bharti? She claimed to not consume drugs until she was caught.” Once again, Kapil replied, “Oh fat man, first go and get a shirt of your size stitched.” 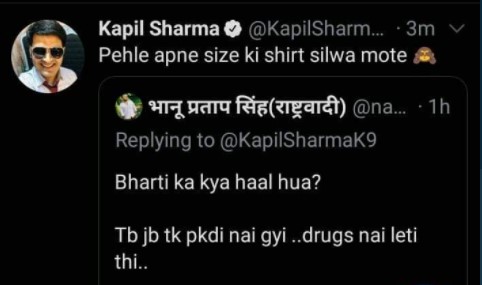 Kapil made these extraordinary comments on Wednesday but deleted them both for the fear of public backlash.

Many had wondered why Bharti Singh’s colleagues such as Kapil, Krushna Abhishek, Kiku Sharda or Archana Puran Singh had not broken their silence in her support. However, today’s explosive reaction from Kapil came as his extraordinary support for his friend.

“There’s a notion in our society after a daughter is born that how will we feed and educate them! Parents are often worried about the expense attached to a daughter’s marriage. But Bharti has changed that notion…Bharti is also a very good shooter. Very few people know that Bharti has also been a national-level shooter. Bharti is one of those very few women in comedy who has got the god’s gift on comic timing. Bharti you are my soul,” Kapil had said.

The NCB recently arrested both Bharti and her husband before a local court in Mumbai sent them to judicial custody for 14 days. However, they were granted bail two days later by another court in Mumbai.