An investigation by Cobrapost on Tuesday claimed that it had caught as many as three dozens of Indian celebrities on camera, accepting the offer of money to promote the agenda of a political party by using their social media accounts in this year’s Lok Sabha polls. 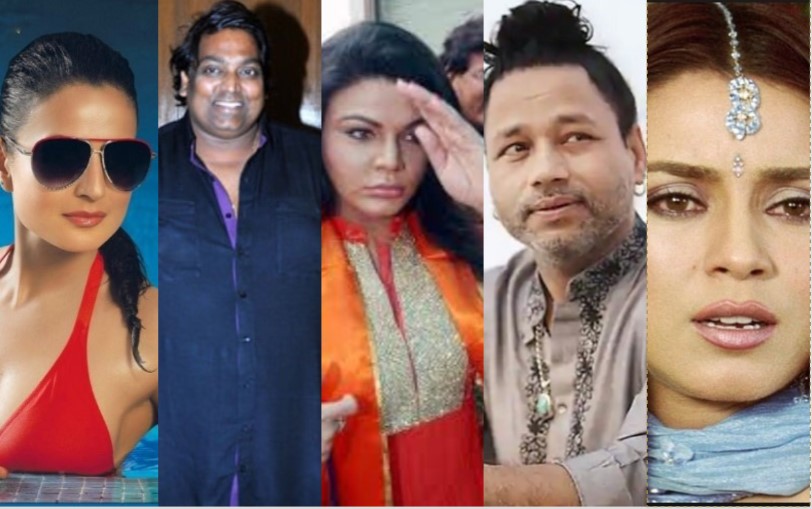 Kailash Kher, who famously lent his voice to the title song of Prime Minister Narendra Modi’s Swachh Bharat Abhiyan or Clean India Movement, appeared more than keen to accept black money offered by the Cobrapost team. He said, “Wo saara wo hee batayenge … wo saara ho jayega aap unse baat kijiye (They [his agency] will tell you about it … that will be done. You talk to them).” Kher was recently in the news after a series of women including Sona Mohapatra accused him of sexual misconduct with MeToo allegations.

While in some cases, managers took the onus of dealing with money matters on behalf of their bosses, in most of the cases, the celebrities were present when negotiations for money went on. A majority of these celebs negotiated for a fee much higher than initially proposed or they could command in the market. Although almost out of job in Bollywood, Mahima Chaudhary, for instance, demanded Rs. 1 crore for a single message. “BJP toh kuchh bhi de sakti hai. They can give one crore a month (The BJP can give you anything. They can give 1 crore a month),” she said.

Actress Amisha Patel, who shot to fame with Kaho Na Pyar Hai opposite Hrithik Roshan, said that she wanted to have the transfer of advance sum to take place before she would start making general tweets. She was heard saying on camera, “Samajho aap 28 ko aa rahe ho transaction ho jaata hai 28 kee sham ko main kar doongi taaki first week of September mein jab aapka pehla aa jaye toh wo paanch din ka gap rahega toh wo (Suppose, you say you are coming on 28. If transaction takes place on 28, I will post the tweet that very evening. So, when I receive the first advance in the first week of September, there will be a gap of five days).”

Sawant even sent the Cobrapost team a video to showcase how she would promote the BJP.