Janta Ka Reporter 2.0
Home Entertainment “Justice is not for all. How did things move so fast in...

The wife of Kerala journalist, arrested by the UP police under draconian charges for carrying out his journalistic duties, has lashed out at the Indian judiciary for its alleged biases. Days after the Supreme Court stunned everyone by moving with lightning speed to grant Arnab Goswami bail in the abetment to suicide case, journalist Siddique Kappan’s wife Raihana has asked India’s top court if her husband was not a citizen of this country. This came days after Goswami targeted Salman Khan with ‘Bigg Boss of drugs’ jibe. 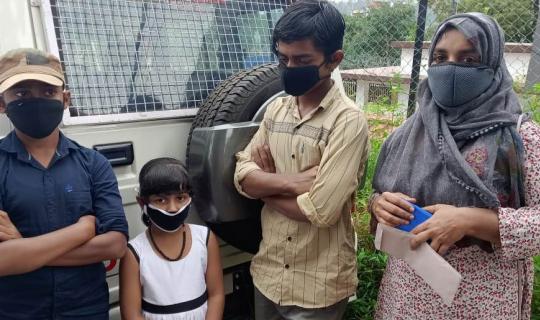 Kappan, who worked for the Malayalam news website Azhimukham, was on his way to Hathras to cover the gang-rape and death of a 19-year-old Dalit victim when he was arrested by the UP Police last month. He was booked under draconian charges of sedition and UAPA. The UP Police accused Kappan of intending to inflame communal tension.

His wife has now questioned the glaring biases of the Supreme Court. “I feel that even the judiciary has abandoned us. There is no equitable distribution of justice. Justice is not for all, only for some. How did things move so fast in the case of Arnab Goswami?’’ Indian Express quoted as saying.

Goswami was arrested by the Maharashtra Police in an abetment to suicide case, prompting the Supreme Court to waste no time in ordering his release on bail. In contrast, Kappan has already spent 41 days in jail for simply doing his job as a journalist. The Supreme Court is yet to provide his family relief.

Last week, the Supreme Court Bench of Justices DY Chandrachud and Indira Banerjee ordered the release of Arnab Goswami even though the Bombay High Court had asked the Republic TV founder to approach the lower court for relief. Senior lawyer Kapil Sibal, who was representing the Maharashtra government, had even mentioned the Siddique Kappan case stating that ‘a Kerala journalist was arrested by UP police when he was going to Hathras to report. We came to this Court under Art 32. The Court said go to lower court. Petition posted after four weeks. Such things are also happening.’

Goswami had earlier targeted Salman Khan by using insulting jibes such as Bigg Boss of drugs and senior citizen. Salman had indirectly hit back at him while hosting an episode of Bigg Boss.