Twitter has exploded with speculations that Ravindra Jadeja has severed his ties with Chennai Super Kings after fans detected that the Indian all-rounder had deleted all posts related to his IPL team. Some fans also pointed out how Jadeja had not wished Mahendra Singh Dhoni on his birthday this year. 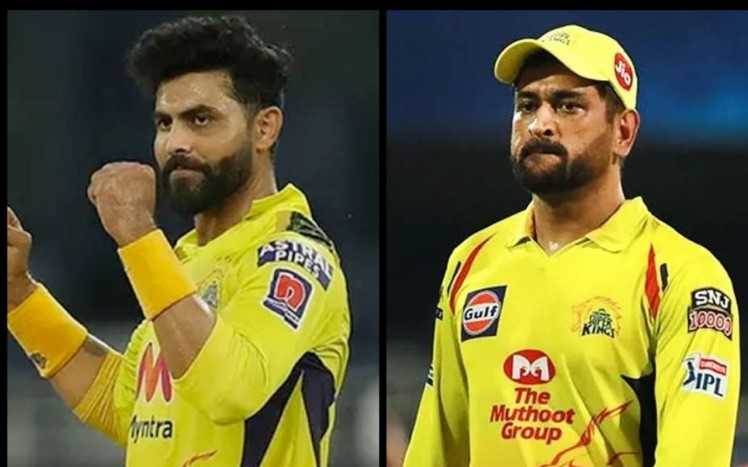 One fan wrote on Twitter, “Ravindra Jadeja has deleted all those post which was related to CSK except the one he posted in 2016 – 2017.” Another wrote, “Won’t support CSK after Dhoni’s retirement if this Jadeja thing is true.”

Another commented, “@imVkohli kohli didn’t wish sourav ganguly because he was sacked out from captaincy.Similarly dhoni insulted jadeja by not letting him for field setting despite jaddu was csk captain. But dhoni’s character is better than virat.”

Jadeja had a terrible time in this year’s IPL as the CSK finished at the bottom and could not even make it to the play-off stage. Faced with a series of defeats, Jadeja was unceremoniously sacked as the team captain as the team management replaced him with Dhoni for the rest of the campaign. Former India cricketer Irfan Pathan and commentator Harsha Bhogle had said that they were concerned about the impact the captaincy row in Chennai Super Kings may have on Ravindra Jadeja’s future performance.

A statement from Chennai Super Kings had said, “Ravindra Jadeja has decided to relinquish captaincy to focus and concentrate more on his game and has requested MS Dhoni to lead CSK. MS Dhoni has accepted to lead CSK in the larger interest and to allow Jadeja to focus on his game.”

However, the all-rounder returned to brilliant form during the one-off Test match against England at Edgbaston cricket ground in Birmingham. Though India lost the match, Jadeja earned plaudits for scoring an impressive century in the first innings.