Time Now’s Navika Kumar has found herself in a spot of bother ever since the controversy over objectionable remarks against Prophet Muhammad (PBUH) triggered a diplomatic row. Several Islamic countries registered their official protest by summoning Indian envoys, forcing the Indian government to issue a public clarification on religious pluralism. The BJP had to suspend its spokesperson Nupur Sharma from the party and expel another office-bearer, Naveen Kumar Jindal, from the party. However, many asked why Times Now’s Navika Kumar was not booked or arrested since she had provided the platform to Sharma to make highly objectionable remarks against Prophet Muhammad (PBUH) in the first place. Days later, a case was finally filed against Kumar in Maharashtra. 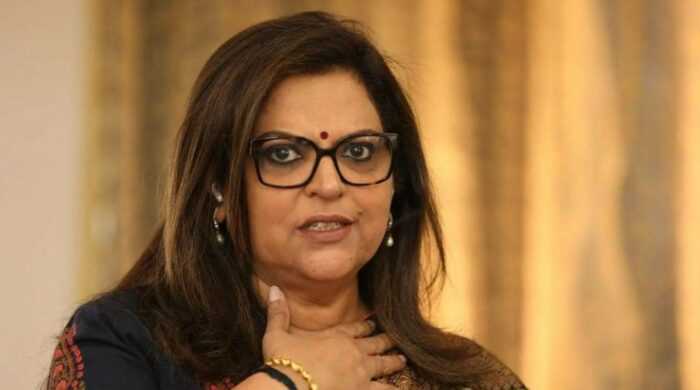 An FIR was registered on Monday on a complaint filed by a Muslim cleric at the Nanalpet Police Station in Maharashtra’s Parbani district. This has triggered speculations on Navika’s arrest.

The controversial Times Now anchor has not yet been arrested. It’s likely that the Maharashtra Police may summon Navika to appear before them in connection with the case before her arrest takes place.

The police in Maharashtra have already summoned Sharma for questioning directing her to appear before them on 25 June. Senior inspector of Pydhonie police station Srikant Patil was quoted by Indian Express as saying, “As part of the investigation into the FIR registered against Sharma, we have issued a notice under Section 41 (A) of the Criminal Procedure Code which is a notice of appearance before a police officer. We want to record her statement in connection with the investigation and get her side of the story.”

The Maharashtra Police have also summoned Jindal to appear before them to record his statement.

The police in Maharashtra have filed a case against Navika under sections Section 295-A of IPC. Sharma too has been named in the FIR.

The comments made by Sharma on a Times Now show anchored by Navika evoked widespread angry reactions with Muslims in India and abroad registering their outrage. In India, Muslims staged protests after Friday prayers last week, triggering communal clashes. Similar communal clashes were reported from Kanpur this month.

Many had slammed Navika for not making an intervention when Sharma was making those objectionable remarks against Prophet Muhammad (PBUH). The only time she broke her silence on the issue was in support of Sharma when the suspended BJP spokesperson began to face grief on social media a day after the controversial broadcast. Navika had tweeted, “Nobody has the right to threaten anyone. Death threats to @NupurSharmaBJP unacceptable. As a mature democracy debate is essential but crossing the line not ok for anyone.”

Faced with growing outrage, Times Now had deleted the video of its controversial broadcast and issued a clarification, distancing itself from the comments made by Sharma.

Times Now had said in a statement, “Views expressed by BJP Spokesperson on Newshour@9 last night are her personal views. TIMES NOW does not endorse views of participants. We urge participants on our debates to maintain restraint and not indulge in unparliamentary language against fellow panelists.”

There are many on social media, who blame Times Now for the rapidly deteriorating law and situation over the Prophet row. Navika was widely mocked as a ‘hatemonger.’ She has, however, chosen to remain silent on the topic up until now.

Here’s a snapshot of how netizens have been commenting about the role of Times Now and Navika;

#ArrestNavikaKumar She should be ‘shown her place’. @RShivshankar clock is ticking for you. You’ll be fringe journalist. If you’re a journalist at all. https://t.co/NqGMSiSBPP

Arrest Navika Kumar and cancel licence of Times Now, both have rotten#TimesNow#kumarNavika