BJP worker and Indian wrestler from Haryana, Babita Phogat, has defended her Islamophobic tweets saying that she was no Zaira Wasim. Zaira had played the role of Babita’s sister Geeta in Aamir Khan-starring blockbuster Dangal. Many are now calling out the Phogat family’s hypocrisy for attacking Islam and vilifying Muslims by dangerously linking the spread of coronavirus to their faith. 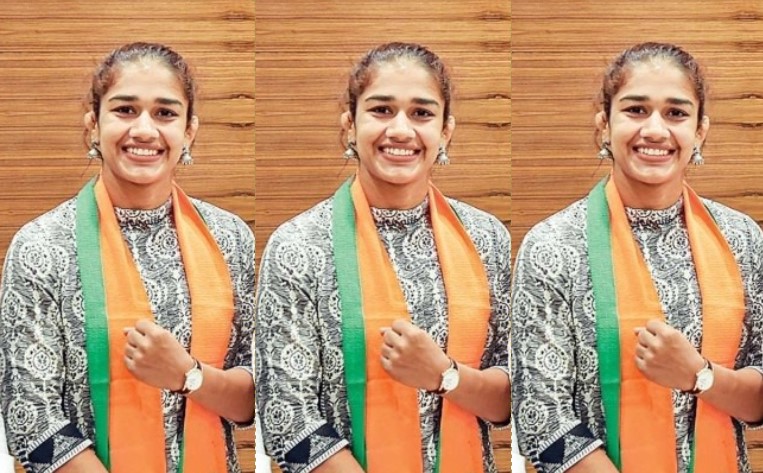 Babita had taken to Twitter to attack the Tablighi Jamaat, a Muslim religious sect, in a bid to vilify Muslims. Journalist Prashant Kanojia summed it up when he tweeted in response to Phogat’s Islamophobic tweet, “A Muslim made a film (on them) and made them famous. Else, sportspersons other than cricketer in this country are seen seeling golgapps after a few years.”

Babita had joined the BJP with her father Mahavir Phogat last year just before the Lok Sabha elections.

#SuspendBabitaPhogat Does she deserve the respect, love and achievements she received being as an Indian?
I have doubts?
If Role Models behave like this then I would recommend we do not require these kind of Role Models. pic.twitter.com/Rqghg479h5

In her earlier tweet, the controversial wrestler had held Muslims responsible for the spread of coronavirus in India. She had referred to Muslims as pigs.