Singer Sona Mohapatra has launched a stunning attack against cricket legend Sachin Tendulkar as she took her #MeToo allegations globally. Attacking Tendulkar for endorsing the singing reality show whose judges include Anu Malik, Neha Kakkar and Vishal Dadlani, Sona expressed her displeasure that Sony TV had decided to rope in someone accused of sexual misconduct as one of its judges. 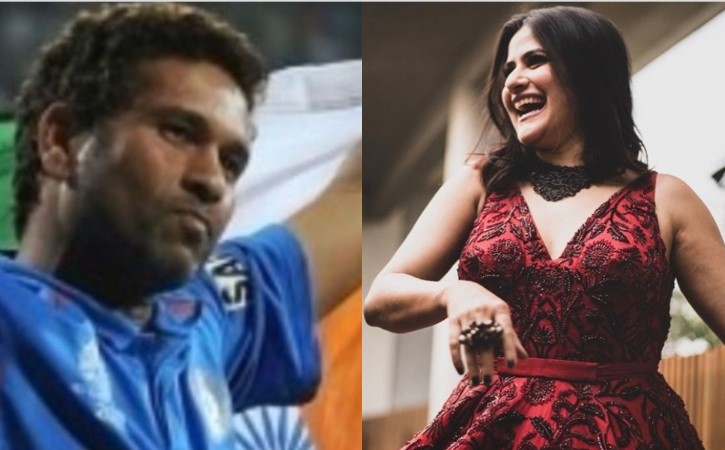 She wrote, “..Powerful conglomerate like Sony TV is trying to divert their shameful reinstating of a multiple accused sexual offender, Anu Malik, as a judge on Indian Idol by publicising a sporting hero & India’s icon, Sachin Tendulkar’s praise on Twitter for some
contestants, (a marketing exercise) & riding on his hard-earned goodwill. Diabolical? Yes.”

Earlier addressing Tendulkar on Twitter, Sona had asked, “Dear Sachin, Are you aware of all the@IndiaMeToo stories of multiple women, some minors who came forward in the public domain about Anu Malik, the judge in this same Indian Idol show last year including their own ex-producer? Does their trauma not matter or touch anyone?”

Dear Sachin, Are you aware of all the @IndiaMeToo stories of multiple women, some minors who came forward in the public domain about Anu Malik, the judge in this same Indian Idol show last year including their own ex producer? Does their trauma not matter or touch anyone? ??‍♀️? https://t.co/jE45Tth1po

Addressing Sony Pictures International, Sona claimed that singer Neha Bhasin was allegedly sexually assaulted by Anu Malik when she was just 21 years of age. She went on to add that Malik had allegedly tried to kiss another singer Shweta Pandit when the latter was just 15. “Anu’s own family doctor’s daughter was 14 years old when he unzipped in a car ride with her & countless other women shared their MeToo stories about Anu Malik, including Danice D’Souza, Ex Indian Idol Producer who mentioned crew members had already complained to higher-ups about Malik’s behaviour with them & contestants & were ignored.”

Sona lamented that ‘it takes only a Nirbhaya level tragedy for India to wake up? “Few days after my call-out last year, (I) was asked to leave my judge seat on SRGMP (Sa Re Ga Ma Pa). My co-judge told me, the publicity I provided to Anu Malik took up the TRPs of our ‘rival’ show. (?!). Blame me. I was marked as a troublemaker & asked to leave. Overnight
some feared what stories would come spilling next about them & sadly not a single good man or woman, higher or lower up in the system cared to stand up for me or even send a message of solidarity & strength. A year later a sexual predator like Anu is back as Judge on national TV. What does this say about us as a society? Would Sony dare do this in the USA on American Idol?”

Sona also targeted singer Sonu Nigam for his support for Anu Malik as she wrote, “Sonu Nigam championed the cause of Anu Malik publicly, in media & his right to be earning millions while saying he’s his ‘mother’s son’, ‘has sisters he cares for etc to justify his
understanding of #IndiaMeToo. He called Ram Sampath (her husband) to keep me in check & express brotherhood’ while calling me a terrorist, a wife vomiting in the media, a crazy woman wanting to take away men’s jobs. Must be happy now?”

Sona’s extraordinary attack against Tendulkar, who’s regarded as the God of Cricket in India, came after Neha Bhasin alleged in a social media post that Anu Malik had once made sexual advances towards her. Responding to Sona’s criticism for Sony to hire someone accused of sexual predatory as one of its judges, Neha had written, “I agee with you. We do live in a very sexist world. Anu Malik is a predator, I too have run away from his strange moves when I was 21. I didn’t let myself get into a sticky situation beyond him lying on a sofa in front of me talking about my eyes in a studio. I fleed lying.”