Indian Idol judge Neha Kakkar has made a huge revelation on wedding rumours by publicly stating that she ‘never said yes’ to Aditya Narayan.. This was after she recently fuelled speculations about her marriage plans with the host of the Sony TV’s singing reality show. This was after her brother Tony hinted in Goa that his singing superstar sister may not remain single for too long. He had made these remarks in the presence of Aditya Narayan as they shot for their new music video Goa Beach. Days later, Neha was left stumped after a reporter asked her about her wedding plans leaving the popular singer speechless. 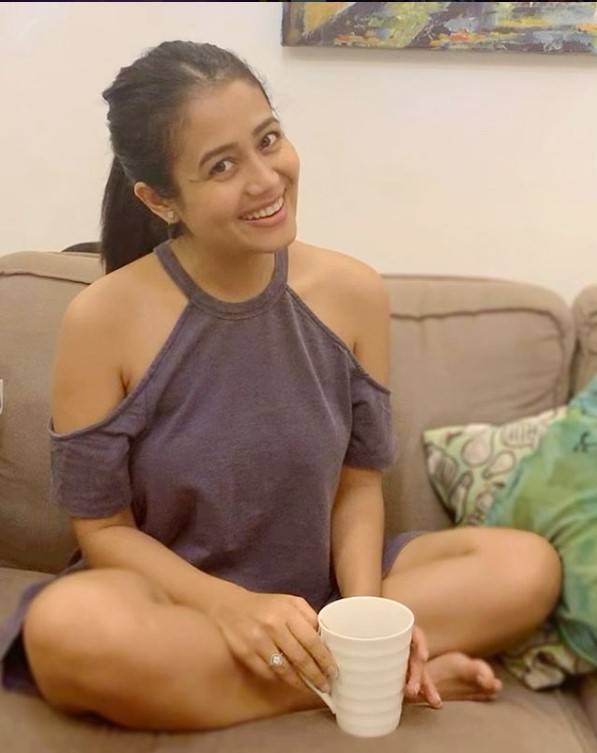 In a viral video being shared on Instagram, Neha is seen showing her generosity by handing out Indian currency to poor children. As she makes her way towards her car, one reporter draws her attention as he asks, ‘Neha ji. When is the wedding?” Neha reacts laughing, “Wedding!”

Later reacting to her video on Instagram, Neha finally broke her silence on the rumours of her wedding plans. She wrote, “Nooo Shaadi Virallll!! ? I’m happily Single ❤️?? Aadi just keep asking me on screen to get married and I keep saying No to him, Never said Yes. Rest is all to Entertain the world. I feel lucky that I’m capable enough to entertain people and give them Happiness with my music and appearances ❤️??”

While commenting on her video, her fans showered praises on her for handing out Rs 4,000 to two children. One wrote, “She is so humble.” Another commented, “She’s got a big heart than many so called bollywood stars.”