Indian Idol judge Neha Kakkar was left traumatised as she yelled in fear after host Aditya Narayan played a ghost prank on her in the presence of Kangana Ranaut and renowned music director Bappi Lahiri, who was the special guest on the Sony TV’s singing reality show. Bappi Lahiri also made some amazing revelations on how he composed some of the chart-busting songs picturised on Bollywood megastar Amitabh Bachchan. 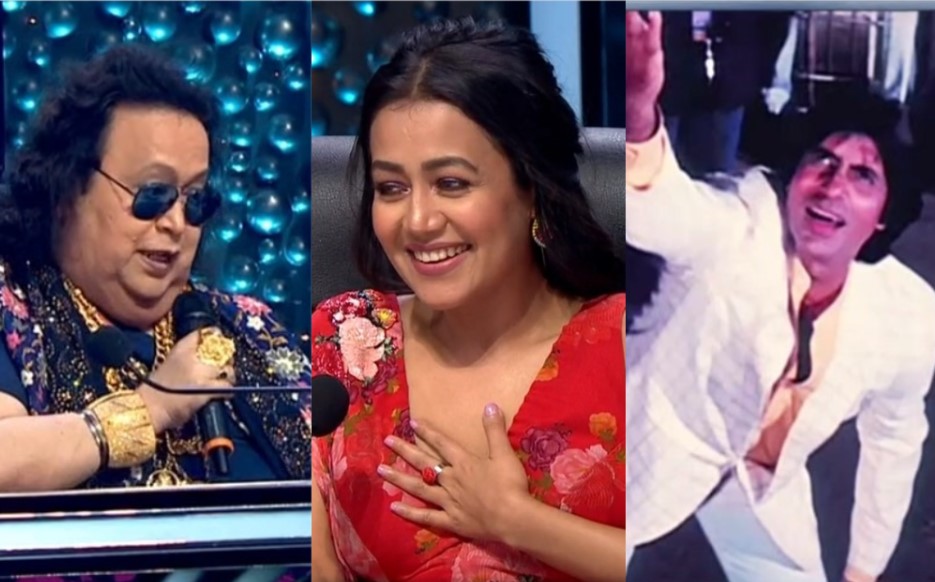 Soon after a contestant sang De De Pyar De from Amitabh Bachchan’s Sharaabi, Lahiri said, “I had recorded this song first time at the Abbey Road studios for (Bangladeshi singer) Runa Laila’s album. That time, this was the first such album. This song De De Pyar De was part of that album.

“Amazing, nobody knew about this dada. But how did it become part of the film?,” asked Himesh Reshammiya.

Lahiri also went on to reveal that this was the first time Kishore Kumar and Amitabh Bachchan had sung together. Lahiri also revealed how some of the tracks composed by him for other Amitabh Bachchan-starrer films such as Namak Halaal had become a reality.

The episode saw plenty of lighter moments including one where Neha Kakkar played victim to a host Aditya Narayan’s prank leaving her visibly frightened as one contestant pretended to be a ghost.

Looking at the frightened face of Neha, Himesh told Aditya that he will never be able to marry the Bollywood singer on 14 February as he’s been claiming for several weeks now. Neha replied, “Not just 14 February, this wedding now will never happen even on 34 February.”

Aditya blamed the contestant for scaring Neha prompting the latter to call the Indian Idol host a liar.

Indian Idol is aired every Saturday and Sunday on Sony TV with Neha, Vishal Dadlani and Himesh Reshammiya being the show’s judges.