Post Pulwama terror attack, almost all Indian channels appeared to have made desperate attempts to outsmart each other in proving their patriotism. The channels in question this time weren’t just the usual suspects such as Arnab Goswami’s Republic TV, Times Now or Zee News. Facts gave way to unverified bits of hearsay on almost all channels, who wasted no time in broadcasting a claim that the Indian air strikes had killed more than 300 terrorists in Pakistan’s Balakot. 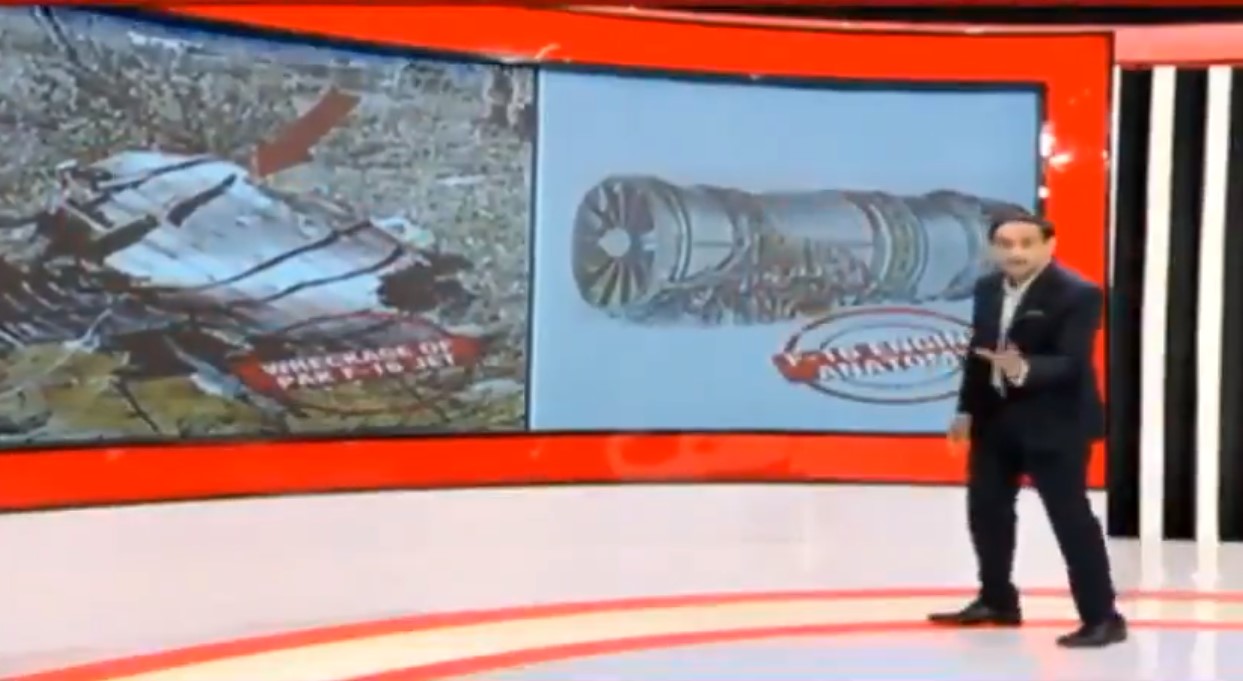 From the press conference of the three services of the Indian armed forces, it became clear that there was no truth in those claims. Objectivity also became a casualty on 27 February, when Indian TV channels endlessly relied on their ‘government sources’ to broadcast pro-government claims.

On 27 February, when the Pakistani Air Force breached the Indian airspace, the neighbouring country’s military said that it had downed two Indian aircrafts and had taken two Indian pilots captive. Soon, it emerged that their claim was not entirely true as they could only present Wing Commander Abhinandan Varthaman before the public.

On the Indian side, the armed forces claimed to bring down one Pakistani F16 on 27 February. That F16 jet was believed to have been brought down by Wing Commander Abhinandan before his own MiG 21 went down in the enemy’s space.

On Thursday, during the press conference of the three services of the Indian military, the Indian Air Force showed evidence of the Pakistani Air Force using F-16 to target Indian military installations in Jammu and Kashmir. Senior Air Force officers displayed the cover of an AMRAAM missile, which was fired from Pakistani an F-16 aircraft, found near the LoC in India.

India Today’s Rahul Kanwal went on air with several guests to analyse the fall out of 27 February’s military skirmishes at the LoC and the subsequent announcement by Pakistani Prime Minister Imran Khan to release Wing Commander Abhinandan.

Minutes after his broadcast, Pakistani social media users including journalists took to Twitter to post a video clip of his programme, where he’s being corrected by defence analyst Abhijeet Iyer-Mitra for factual inaccuracies.

Abhijeet did to @rahulkanwal what PAF did to IAF

Indian media claims wreckage of their own downed Mig-21 as that of a Pakistani F-16 shot down by them. Brings in an expert and then everything falls apart ? pic.twitter.com/nID6k6lz8Y

Abhijeet did to @rahulkanwal what PAF did to IAF
Indian media claims wreckage of their own downed Mig-21 as that of a Pakistani F-16 shot down by them. Brings in an expert and then everything falls apart#NobelPeacePrizeForImranKhan#PakistanLeadsWithPeace#GoBackModi pic.twitter.com/6hqzUCeKon

LOL:@IndiaToday anchor @rahulkanwal points to an image of wreckage, claiming that it is of a Pakistani F-16.

Then the studio analyst responds by saying it’s actually an image of a MIG-21.

(Pakistan shot down an Indian MIG-21.)pic.twitter.com/V6ofycW9OO

Referring to two images that he claimed to be of the downed Pakistani F16 jet, Kanwal said, “I am showing you now, this is the wreckage of the Pakistani F-16 and how the Indian Air Force knows this is F-16, because, Abhijeet (Iyer-Mitra) can explain to us. It’s the exact same part coming straight out of F-16 fighter aircraft.”

Turning towards Iyer-Mitra, Kanwal concluded, “This is what Pakistan is trying to lie about. Their second lie is caught and exposed Abhijeet.”

This episode is a lesson to every journalist that emotions should never allowed to overpower journalistic ethics. Because when it happens, it causes immense embarrassment to the journalist concerned.