India Idol judge Neha Kakkar’s husband Rohanpreet Singh set the stage of Sony TV’s singing reality show on fire after he showcased his dancing skills in the presence of his newlywed wife. Also dancing along with him was Bharti Singh of The Kapil Sharma Show. But it was Rohanpreet, who walked away with all the plaudits for his extraordinary dancing prowess. Neha’s husband had shot to fame by taking part in a reality show as a suitor of ex-Bigg Boss contest Shehnaaz Gill aka Punjab’s Katrina Kaif. 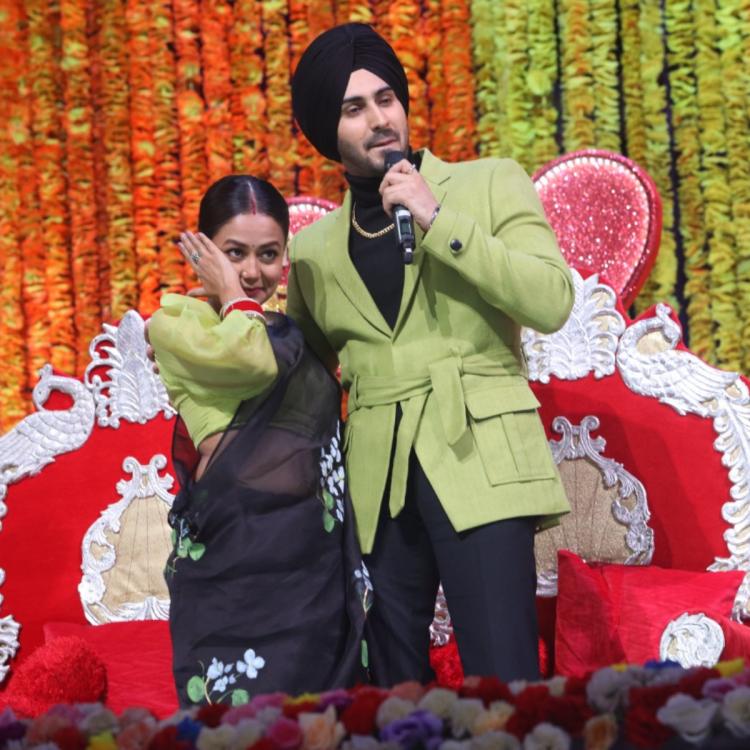 In a video shared by Sony TV, Rohanpreet could be seen sharing the stage for a dance face-off with Bharti, who will be appearing on the singing reality show as a guest with her husband Haarsh Limbachiyaa. Rohanpreet wasted no time in breaking into the bhangra mode as he set the stage on fire. Despite being a good dancer herself, Bharti appeared to be no match for Neha Kakkar’s husband. (See the video below)

This weekend’s Indian Idol episode will be a shaadi special with Neha occupying a special place on the show with her husband. Bharti and Haarsh too will be seen appearing as special guests of the show.

Speaking on the show Rohanpreet said that he was considering himself extremely lucky to have been invited on Indian Idol as a guest all because of his celebrated wife. He said, “This is one of the biggest stages and I am standing here only because of my wife. I feel so lucky. I feel so proud of Neha.” This left Neha emotional as she struggled to control her tears.

Neha and Rohanpreet got married in October last year before flying to Dubai for a honeymoon. The couple triggered a huge controversy by posting a photo of Neha’s baby bump. This had prompted many to wonder if Neha was already pregnant before her marriage. However, it soon emerged that the photo with a baby bump was a PR exercise to promote Neha’s new music video with her husband.

As for Bharti Singh, this is her first appearance on a programme outside The Kapil Sharma Show since being released on bail.