Suhana Khan recently earned plenty of plaudits from Kolkata Knight Riders’ fans after her presence in the ground saw the team owned by her father register phenomenal victory in the ongoing IPL competition. Her absence in the subsequent match had resulted in KKR’s defeat against Royal Challengers Bangalore. On Thursday night, Preity Zinta brought some much-needed lady luck for her team Kings XI Punjab against Virat Kohli’s team. Kings XI Punjab registered an emphatic win after a gap of three weeks, thereby avenging defeat for KKR, owned by her former co-star Shah Rukh Khan. 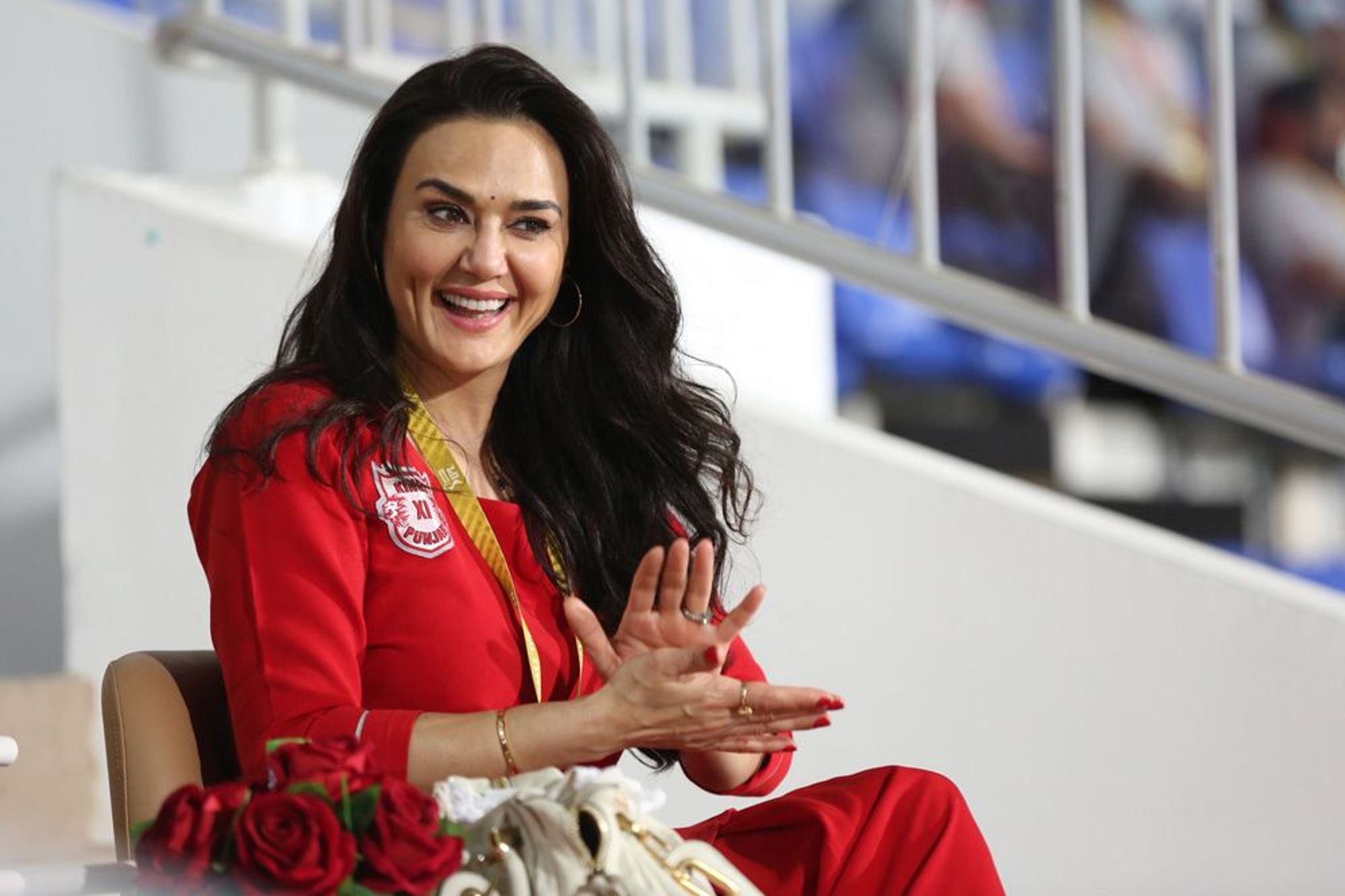 Skipper KL Rahul once again led from the front, while Chris Gayle contributed with a knock of 53 to help Kings XI Punjab secure the much-needed win. Rahul carried his bat by remaining not out at 61.

Although, Kings XI Punjab appeared set to snatch an easy win against Royal Challengers Bangalore, they made their life difficult in the last over by wasting five out of six balls. Needing just two runs to win in the last over, Gayle and Rahul wasted four crucial deliveries. At one point, it appeared that the match may go into a Super Over, but it took Nicholas Pooran to hit the last ball of the match for a six to earn the crucial two points for his side.

Preity Zinta, who is the owner of the team, looked tense until the match was in the bag, when she turned ecstatic and could not hide her excitement. Here are some key moments capturing Preity’s changing emotions.