Actor Taapsee Pannu has reacted to the argument put forward by several Indian celebrities including a few Bollywood actors that Rihanna’s tweet in support of farmers’ agitation was an attack on India’s sovereignty. 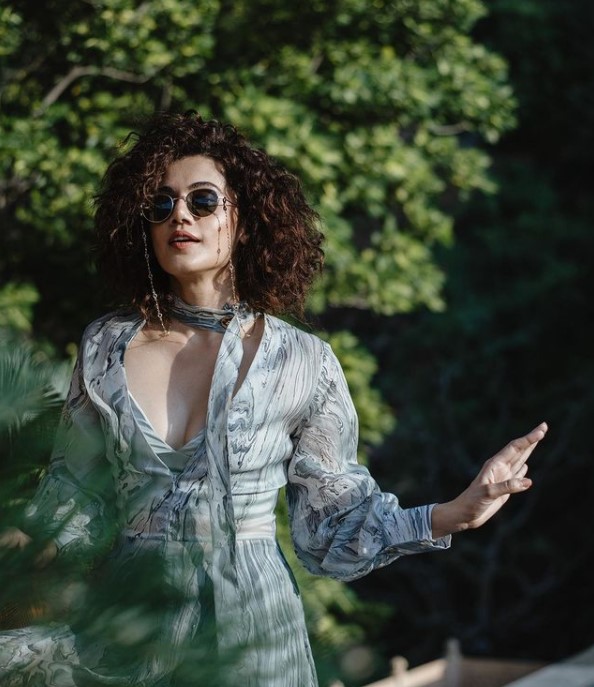 In a sharp reaction, the Pink actor said, “If one tweet rattles your unity, one joke rattles your faith or one show rattles your religious belief then it’s you who has to work on strengthening your value system not become ‘propaganda teacher’ for others.”

The outspoken actor found plenty of support for her stand on the issue as one fan wrote, “Covering up gross human rights violations as an ‘internal matter’ is like saying domestic violence is a family matter.” Another commented, “Love you. At least you as Punjabi stood for us rather than a sold-out virat kohli. Waheguru chardi kala ch rakhe.”

If one tweet rattles your unity, one joke rattles your faith or one show rattles your religious belief then it’s you who has to work on strengthening your value system not become ‘propaganda teacher’ for others.

These celebrities had to face netizens’ wrath and were quickly dubbed ‘spineless’ since they had not uttered a word on the farmers’ strike up until now.

Many believed that they were roped in to share identical tweets in favour of the Indian government to hide the latter’s embarrassment caused by the outpouring of international support to the farmers’ protests.

Many were left bewildered by the unprecedented response from the Indian Ministry of External Affairs to counter a tweet by a private citizen from another country. Reacting to Rihanna’s tweet, the MEA had said that ‘before rushing to comment on such matters, we would urge that the facts be ascertained, and a proper understanding of the issues at hand be undertaken.’

Meanwhile, the US administration under President Joe Biden has urged for a dialogue to resolve the ongoing farmers’ agitation in India and expressed concern over the blocked access to the internet. According to the State Department, ‘any differences between the parties be resolved through dialogue.’