Fans have declared Tina Ambani ‘resilient’ after she recorded an emotional video message for medical professionals on Doctors’ Day by extending her ‘heartfelt salute’ to them. Her message of positivity amidst the gloomy COVID-19 pandemic earned her plenty of plaudits. Her emotional message came weeks after Tina extended adorable greetings to nephew Akash Ambani and his wife Shloka Mehta on the couple’s first wedding anniversary. 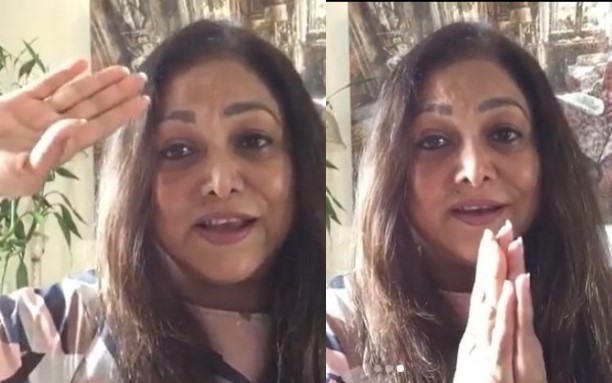 Sharing a video of her appreciation for doctors, Tina wrote, “Every day is Doctors’ Day! And the world has realized this now more than ever before. A heartfelt salute to every doctor, in every village, town, city and country, for all that you do, despite the tremendous personal risk to you and your families. We owe you.”

No sooner did Tina share her video, her fans began to appreciate her for routinely sharing messages of positivity even amidst the prevalent atmosphere of doom and gloom due to a global pandemic. One fan wrote, “You are resilient. Instead of all odds to you and your family you remain firm. Keep your originality alive as you are and originality will live till eternity. Atrtificiality will also move towards originality . Its natural law.”

Another commented, “U r hardworking n ernest. God bless. N kudos to our drs.” “So proud of you mam ❤️ without you nothing would be possible ,you are the inspiration behind the force you are talking about . The silent power,dedication towards your dream which u made into reality to serve humanity is indeed a inspirational journey .. so many people learn from you including me you are not less then any devine . Godbless you mam and thank you for everything you do for this world ❤️ much love and respect . Regards ?,” wrote another fan.

. Every day is Doctors' Day! And the world has realized this now more than ever before. A heartfelt salute to every doctor, in every village, town, city and country, for all that you do, despite the tremendous personal risk to you and your families. We owe you. ??? #doctorsday

Tina Ambani, the wife of Anil Ambani, has been regular on Instagram where she is often seen wishing her friends and family on special occasions. Not too long ago, Tina Ambani wrote an adorable note for her nephew Akash Ambani and his wife Shloka Mehta as the couple celebrated their first wedding anniversary on 11 March. Tina’s post had read, “To a beautiful couple who are always in sync, perfectly matched, and brimming with love. Happy anniversary Akash and Shloka, stay blessed always ?”