The rising air pollution in Delhi has prompted many top celebrities to take to social media to express their concern about its potential effects on people residing in the national capital. Prominent among them are Priyanka Chopra, former India cricketer Harbhajan Singh and his actress wife Geeta Basra. 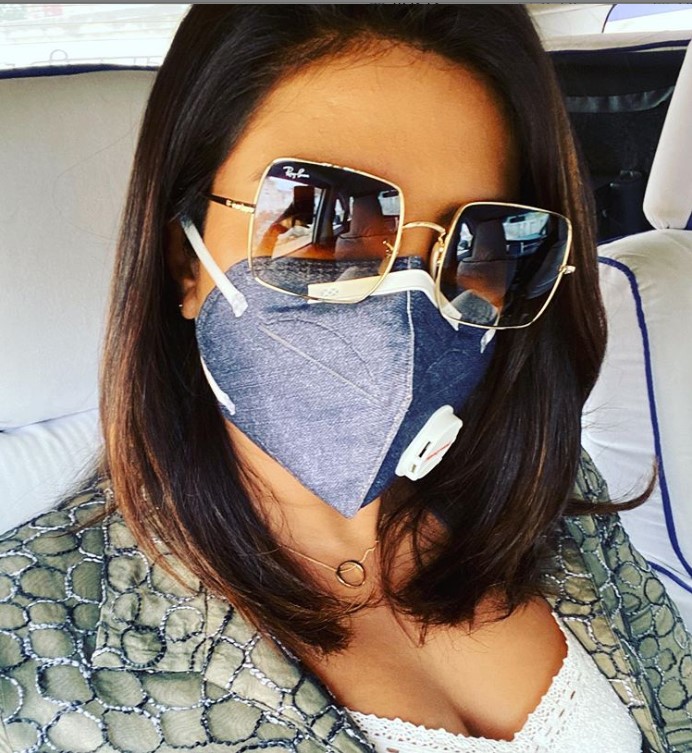 Priyanka posted a photo wearing a mask as she wrote, “Shoot days for #thewhitetiger. It’s so hard to shoot here right now that I can’t even imagine what it must be like to live here under these conditions. We r blessed with air purifiers and masks. Pray for the homeless. Be safe everyone.” Priyanka signed off his post with hashtags #airpollution, #delhipollution, #weneedsolutions and #righttobreathe.

Priyanka’s damning post on the rising pollution in Delhi came a day before the city government started its Odd-Even policy for vehicular movement. Starting today, vehicles bearing even registration numbers will ply on one day followed by the odd numbers the next day. It’s, however, not clear whether this initiative will prove effective in tackling the prevalent toxic air pollution in the city.

Elsewhere, former India cricketer Harbhajan Singh took to Twitter to take a potshot at Delhi’s air pollution. He wrote in Hindi, “I spoke to her after a long time. She asked, “how are you?” I said, “Stinging the eyes, burning the heart, short of breath, it’s smoky all around.” She wondered, “are you still in love with me?” I replied, “No, I am in Delhi”.”

His wife Geeta too wrote, “I don’t think people/government are really understanding the severity to the situation in which citizens are in.. this is no joke..if we can’t breathe in clean air what is the point of healthy living facades.. diets.. exercise?? We are anyways killing ourselves…”

I don’t think people/government are really understanding the severity to the situation in which citizens are in.. this is no joke..if we can’t breathe in clean air what is the point of healthy living facades.. diets.. exercise?? We are anyways killing ourselves… pic.twitter.com/ofxBAVEr44

Schools in Delhi, Noida and Gurgaon have been shut till 5 November in view of the toxic air due to the rising air pollution. While Delhi Chief Minister Arvind Kejriwal has blamed the governments of Punjab and Haryana for not stopping stubble burning in their states, the opposition Congress and BJP have accused the former of indulging in political gimmickery ahead of the assembly elections.