The popularity of controversial TV anchor Arnab Goswami has prompted many in the Indian TV industry to emulate his style of anchoring. This essentially entailed being unnecessarily loud, bizarrely insane and, most crucially, a passionate flag-bearer of the BJP and its Hindutva agenda. One anchor, who has often faced ridicule for being the poor man’s Arnab Goswami is Amish Devgan of Mukesh Ambani-owned News18 India. Formerly with Zee News, Devgan has had to face the ire of critics and non-BJP parties for his blatant biases on a number of occasions. 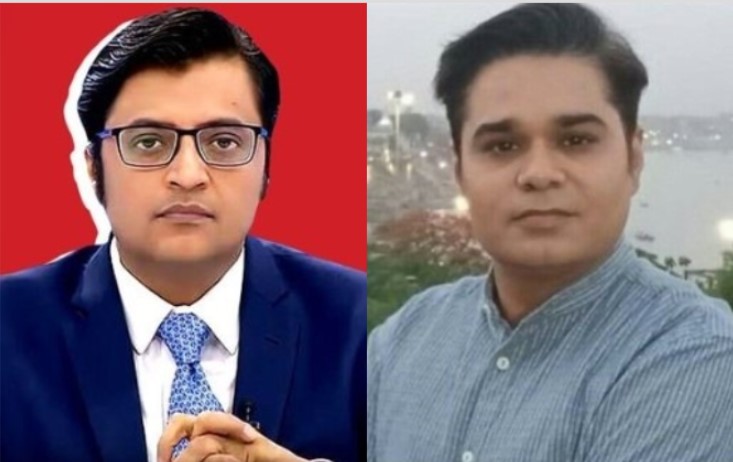 The anchor dominated the social media conversations once again on Monday after popular comedian Kunal Kamra highlighted the list of 50 debates that Devgan had conducted on his TV channel. The list shared by Kunal showed that Devgan had attacked Pakistan on 17 occasions, devoted his energy to slamming the opposition parties 24 times, praised Modi on six occasions and dedicated three debates to the issue of Ram Temple. None of his TV debates questioned the government policies or economic chaos affecting millions of people in India.

Reacting to Devgan’s biases in one of Devgan’s shows in the past, Tyagi had told the anchor, “No my dear friend. I call you pimp and broker.”

No sooner did Kunal share the tweet highlighting Devgan’s biases, this led the hashtag  #boycottnews18 to trend on the microblogging site with users poking fun at the News18 India anchor with comments such as ‘Godi Media’s cheap version’ of and poor man’s Arnab Goswami.

Tweeting is not enough we can only embarrass them by tweeting. These people already get tons of abuses eveyday for their Asslicking and they have never changed. Garibo ka Arnab #boycottnews18 pic.twitter.com/EAGp0gAXbT

#boycottnews18 not nly this DALAL, there are others also standing in the queue..see this one..so boycott all of them pic.twitter.com/vKXstuWxDp

Only propaganda machines, no debates on serious issues like education, health or unemployment, fake journalism@News18India

Before 2014: Why is Congress silent on increasing Onion prices???

Meanwhile, Kunal Kamra has revealed that Amish Devgan has blocked him on Twitter.

Before I could #boycottnews18 My dear friend has blocked me ??? pic.twitter.com/kzgcxgsS7G

And we are not surprised by this development at all!