Singer Sona Mohapatra has posted a terse reply in response to Indian Idol judge Anu Malik’s first-ever public statement on a series of #MeToo allegations levelled against him. In a detailed response, Sona said that Malik ought to have gone to a sex-rehab. 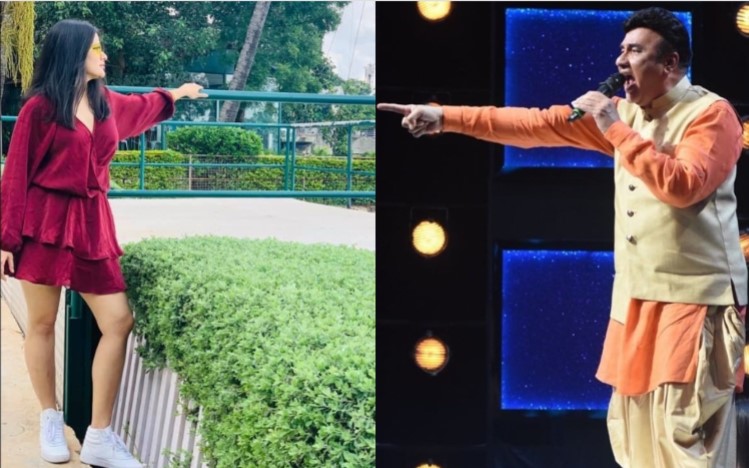 Sona Mohapatra’s response came after Anu Malik posted an extraordinary clarification on his Facebook page denying #MeToo allegations. Malik said that his silence must not be misconstrued as his weakness but if the campaign against him continued, he will be forced to seek legal recourse.

Malik said that he was a father of two daughters and he ‘can’t imagine committing the acts that I am accused of, let alone do it.’ He asked, “Why wasn’t this spoken about before? Why do these allegations resurface only when I am back on television, which is currently my only source of livelihood?”

Responding to Malik’s statement, Sona wrote, “Why should we speak up now that you are on TV you said? Well, you have no right to be platformed on National TV till you make amends. 1.3 billion people exist in India. Not everyone needs to make crores on TV to survive or be ‘judge’ to young people whose safety they jeopardise. You aren’t a role model.

“You could always take a break, go to a sex-rehab or counselling or somewhere to reflect on how to behave better. Ask your kids to do a hard days job & earn a salary. They are adults. I started working at 22. Open a Biriyani shop, Bindi shop or any other business. Do whatever it takes. Stay away from the public eye? Show some remorse? Say sorry? If you did, this would not have happened. There you go! You answered your own question.”

Sona said that being a father of two daughters did not prove anything. “Clearly it hasn’t held your libido back. There is no link to being a husband, father, brother & being a predator,” she added.

Sona had earlier targeted Sachin Tendulkar for promoting the Indian Idol singing reality show where Malik is one of the judges. Sona’s extraordinary attack against Tendulkar, who’s regarded as the God of Cricket in India, had come after Neha Bhasin alleged in a social media post that Anu Malik had once made sexual advances towards her. Responding to Sona’s criticism for Sony to hire someone accused of sexual predatory as one of its judges, Neha had written, “I agee with you. We do live in a very sexist world. Anu Malik is a predator, I too have run away from his strange moves when I was 21. I didn’t let myself get into a sticky situation beyond him lying on a sofa in front of me talking about my eyes in a studio. I fleed lying.”