Former Bigg Boss contestant Asim Riaz has claimed that he was physically assaulted by an unknown person while he was riding his bike. The Kashmiri model-actor took to social media to share the videos of his injuries. The incident took place just days before his new song with girlfriend Himanshi Khurana releases. 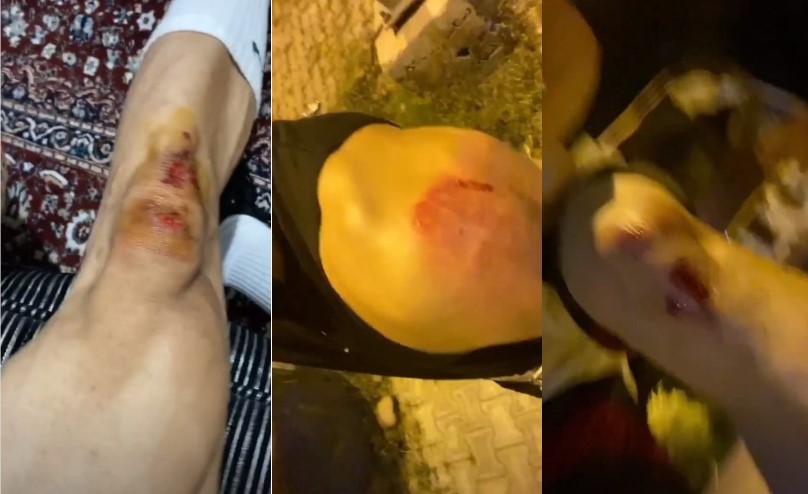 Sharing the video os his injuries, Asim said, “I was cycling right now. Some guys coming in on a bike, hit me from behind. Not from the front. They don’t have that much fucking…Everything is cool. I still don’t give up.”

According to the videos posted by Asim, he had sustained serious bruises on his left shoulder, back and both his knees. It’s, however, not clear how and why he was attacked.

No sooner did the news of his physical assault was made public, fans began to trend hashtag #GetWellSoonAsim on the microblogging site.

I think he already filed a complaint as you can see POLICE written on the wall behind him . #GetWellSoonAsim pic.twitter.com/ogZ9EBxTga

This is hieght of cowardness and shamelessness.Please @imrealasim lodge a complaint against those goons. How badly he has got hurt.#GetwellSoonAsim pic.twitter.com/JIF3lmtgPT

People who are saying this is for publicity stunt are nothing but inhuman ?

How can you not see his pain behind that smile. I am not from asim squad still could feel the pain.

You shameless cowards ? #GetWellSoonAsim
Love and only love to you ❤️

Wish u a speedy recovery @imrealasim ❤❤❤
Really humanity is dead??#GetWellSoonAsim

Asim shot to fame from the last edition of the Colors TV’s reality show Bigg Boss. The show had become hugely controversial after Asim narrowly missed out on winning the trophy. His fans had alleged foul play as Colors TV declared Siddharth Shukla the winner.