Bollywood actor-director Farhan Akhtar has had to face considerable embarrassment ever since he posted a tweet asking voters of Bhopal to reject terror accused Sadhvi Pragya Thakur in this year’s Lok Sabha polls. Farhan’s tweet came on Sunday morning, on the day 59 seats across India went to polls in the last phase of the elections. The problem was that the voting in Bhopal took place on 12 May, exactly a week ago. 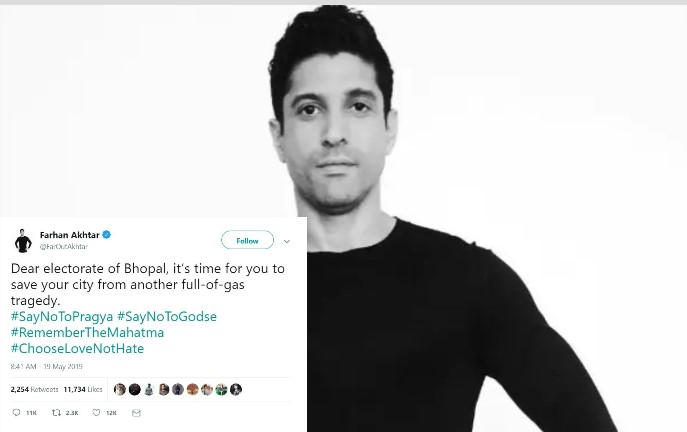 No sooner did Farhan post his tweet asking voters of Bhopal to reject Pragya, social media erupted in laughter as they began to post sarcastic tweets mocking the actor. One user wrote, “Time that you move from Internet explorer to google chrome. Bhopal had its elections on 12th May.” Another user wrote, “#farhanakhtar is still on 2G in the era of 4G. @FarOutAkhtar Please change your internet service provider.”