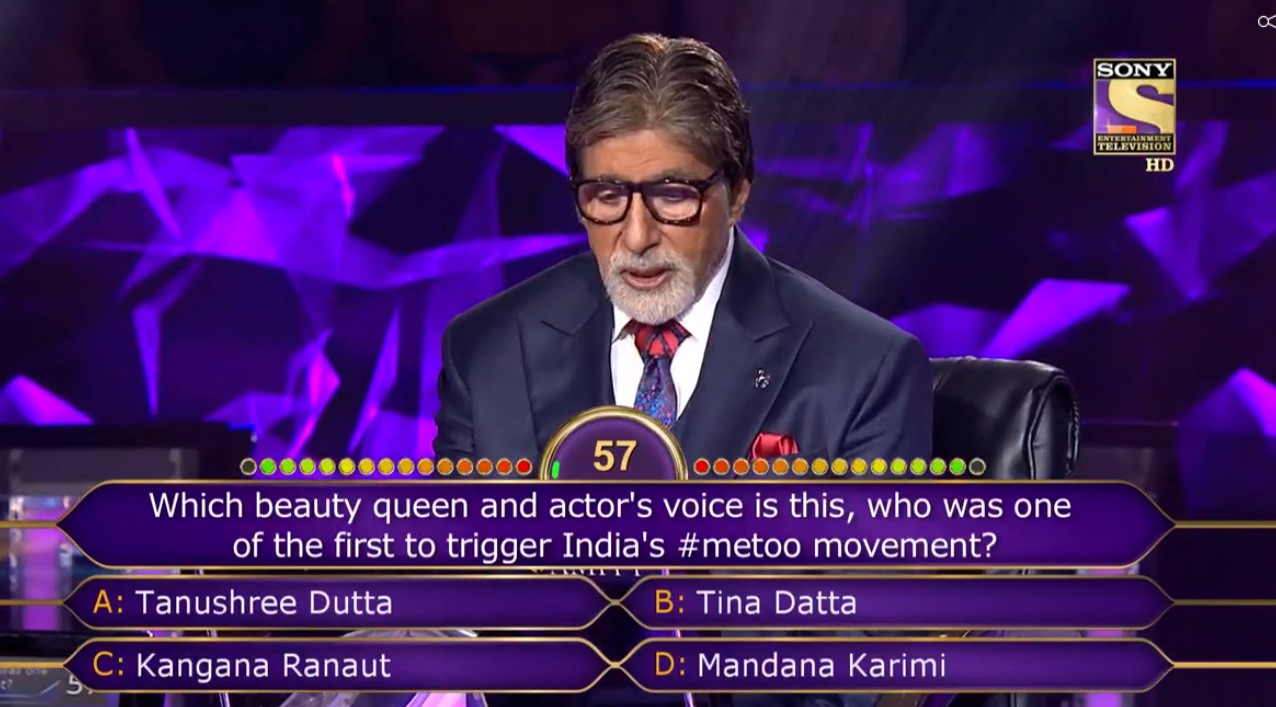 This was after Amitabh Bachchan asked his guest contestant to identify the voice of an actress and a ‘beauty queen’ who was one of the first to trigger India’s own #MeToo movement last year. In the audio, the voice was talking about sexual harassment at the workplace.

This is the first time Bachchan has acknowledged Tanushree’s role in kickstarting India’s own #MeToo movement. Bachchan had to face widespread condemnation last year for admonishing a reporter after being asked to comment on Tanushree Dutta’s allegations of sexual misconduct against Nana Patekar.

Celebrity hair stylist Sapna Bhvanani too had publicly slammed the Bollywood megastar for his questionable stand on the #MeToo movement.