The central government’s financial probe agency, Enforcement Directorate (ED), has raided premises linked to Shiv Sena MLA Pratap Sarnaik in Maharashtra on Tuesday in connection with an alleged money-laundering case. The development came days after Sarnaik moved the breach of privilege motion against Arnab Goswami in the Maharashtra assembly. Senior lawyer Dushyant Dave was quick to inform the Chief Justice of India SA Bobde about the development during a hearing by the Supreme Court on a plea filed by the Republic TV founder. 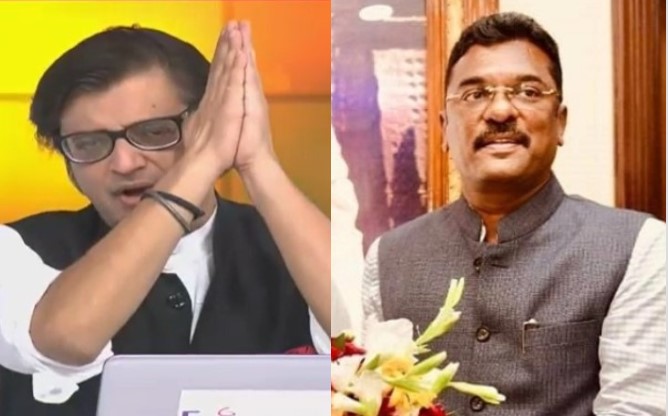 Sarnaik had also demanded action against Goswami in the abetment to suicide case of Anvay Naik. Goswami had to spend a week inside a jail in Navi Mumbai in the same case.

According to news agency PTI, the ED conducted a series of raids at 10 locations linked to Sarnaik in Thane and Mumbai under the Prevention of Money Laundering Act (PMLA). “The searches are being conducted on the Tops group (a company in the business of providing security) promoters and related people, including some politicians,” an official source was quoted as saying.

Sarnaik, who represents the Ovala-Maijwada constituency in the Maharashtra Legislative Assembly, had accused the Republic TV founder of routinely insulting ministers, MPs and MLAs during his prime time TV debates. Much to Goswami’s discomfort, Sarnaik’s motion was seconded by none other than Maharashtra Parliamentary Affairs Minister Anil Parab. Also supporting the motion against Goswami were NCP leader Chhagan Bhujbal and Samajwadi Party’s Abu Azmi.

On Tuesday, a Supreme Court Bench headed by CJI Bobde resumed the hearing on the Arnab Goswami vs Maharashtra Legislative Assembly case. The Republic TV founder has challenged the breach of privilege notice sent to him by the Maharashtra Assembly. In its earlier hearing, the top court had issued a contempt notice against Vilas Athawale, Assistant Secretary, Maharashtra Vidhan Mandal Sachivalaya, for allegedly intimidating Goswami.

Interestingly, the action against Sarnaik comes hours after Union Minister Raosaheb Danve said that the BJP will form government in Maharashtra in the next 2-3 months for which it has made preparations.