Former Jammu and Kashmir Chief Minister Mehbooba Mufti on Friday refused to answer a question by a representative from Arnab Goswami’s Republic TV, calling the channel ‘fake TRP TV.’ This came days after Goswami launched an extraordinary attack against Salman Khan calling him a ‘senior citizen.’ 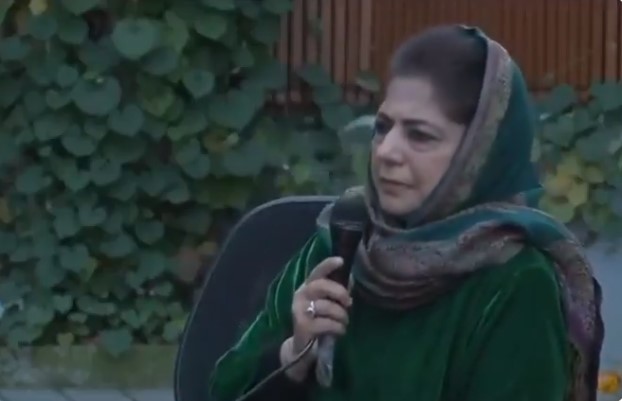 Mufti was in the midst of her interaction with reporters in Srinagar when a representative from Republic TV attempted to pose her question to the PDP leader. Refusing to answer her question, Mufti said, “I am sorry. Jo fake TRP TV hain, main uske kisi sawal ka jawab nahi dena chahti. I am sorry. I won’t do that. (I am sorry but I do not want to respond to any questions posed by fake TRP TV).”

Journalist Prashant Kumar took to Twitter to share the video of Mufti refusing to engage with Goswami’s colleague.

not too long ago, Mumbai Police Commissioner Param Bir Singh had named Republic TV as the top cop revealed how his team had busted the TRP scam. Since then, the Mumbai Police have grilled several top Republic TV executives. Owners of two Marathi TV channels have been arrested in the TRP scam case and Singh had hinted that a similar action could follow against Goswami and his colleagues.

Goswami, for his part, has denied the allegations and has sent a defamation notice to Singh claiming Rs 200 crore in damages.

The Republic TV founder has also been in the news for his sustained attacks against Salman Khan, who’s currently hosting the latest edition of the reality show, Bigg Boss.  Salman had taken an indirect dig at Goswami during one of the recent episodes of Bigg Boss as the popular Bollywood actor said that he did not believe in conveying his points by simply yelling.