Disha Patani on Friday shared a video from Anil Kapoor’s house where she had gone to attend the dinner organised by her Malang co-star. What made her social media post on dinner with Anil was her revelation made to future sister-in-law Krishna Jackie Shroff, Tiger Shroff’s sister, about her stunning blue bodycon dress coupled with black lace-up boots and public ‘snubbing’ of Anil Kapoor’s actress daughter Sonam Kapoor. 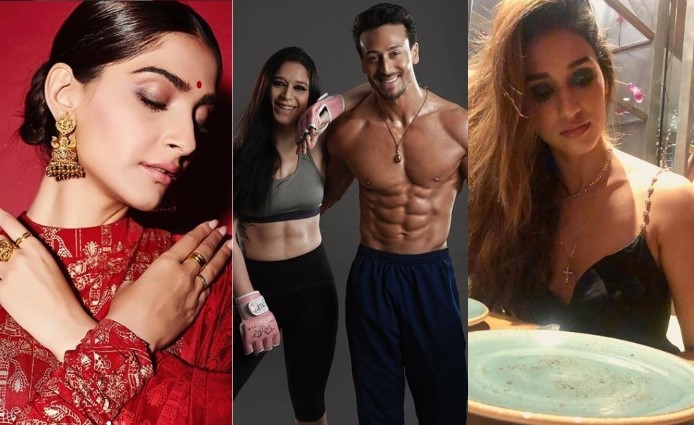 While sharing the photo and a video from inside Anil Kapoor’s house, Disha wrote, “Thank you @anilskapoor for hosting such a lovely dinner #teammalang❤️” In the video, Disha and her hosts were seen posing for the camera while being playful. In the next photo, Disha was seen standing next to her co-star Aditya Roy Kapoor, Elli Avram and Kunal Khemu. Aditya was seen casually dressed in a black tee, paired with basic denim pants and slip-on shoes.

Thank you @anilskapoor for hosting such a lovely dinner #teammalang❤️

Reacting to her video and the photo, Tiger Shroff’s sister Krishna wrote, “Where did you get that dress from? Love! ?” Disha revealed, “@kishushroff from online shopping ??????❤️.”

Krishna wasn’t the only prominent person trying to engage Disha in a conversation on the social media post. Sonam Kapoor wrote, “You came home and I wasn’t there! ♥️” But, much to everyone’s astonishment, Disha Patani chose to snub her and has not replied to Sonam even 16 years after the original post.

This did not go unnoticed with Instagram users as some poked fun at Sonam for being snubbed by Disha. One wrote, “@sonamkapoor but you’ll not even get a reply or follow back.” Another wrote, “That’s why she came (visited your house).”

Disha will be seen opposite Aditya Roy Kapoor in Mohit Suri’s upcoming movie Malang . Also featuring in the film are Anil Kapoor and Kunal Kemmu. Anil Kapoor had hosted a lavish party recently to celebrate the wrapping up of the film’s shooting.