Days after Times Now sensationally claimed that Rhea Chakraborty had named Sara Ali Khan and Rakul Preet Singh in the drug racket case, the Narcotics Control Bureau has reportedly termed the news as fake. The NCB, which arrested Rhea a few days ago for procuring banned substance for Sushant, has also reportedly denied preparing any list on Bollywood stars including Saif Ali Khan’s daughter. The latest revelation has prompted Twitterati to slam Times Now and its editor Navika Kumar for peddling fake news. 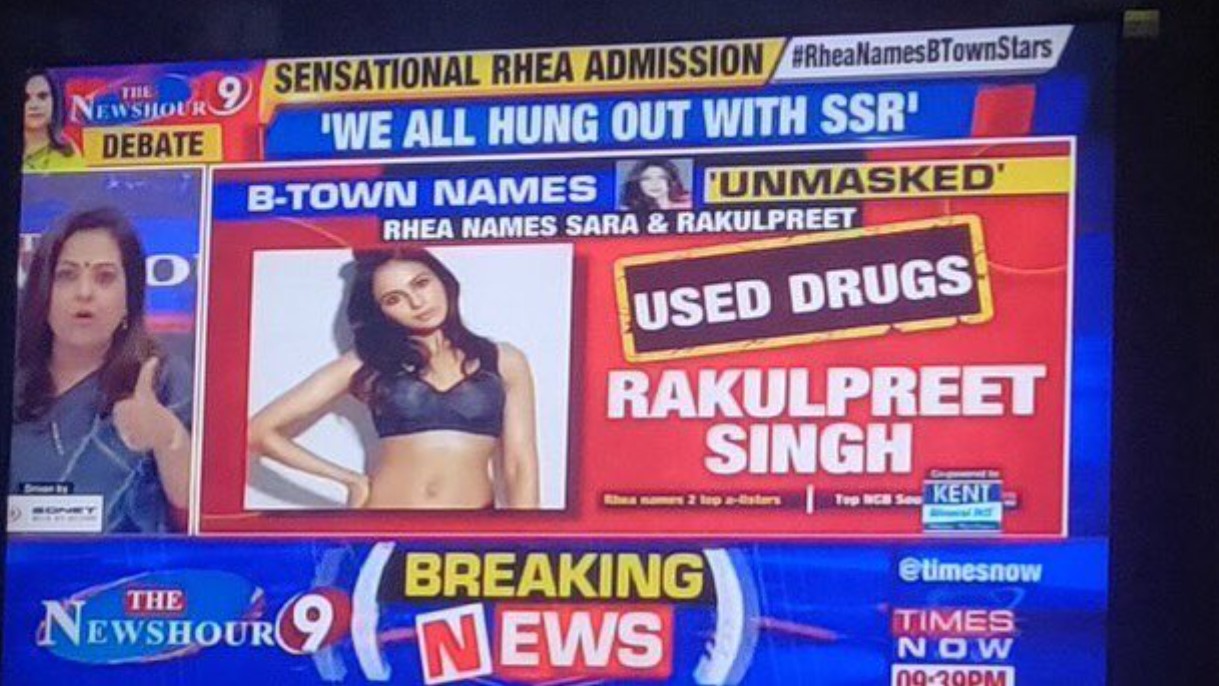 A report by Free Press Journal quoted NCB Deputy Director KPS Malhotra as saying, “We have not prepared any Bollywood list. The list earlier prepared was of peddlers and traffickers. It’s getting confused with Bollywood.”

Malhotra also rejected the claim made by Times Now that Rhea had named Sara and Rakul Preet in her confession. “The names have not been zeroed upon,” the NCB officer was quoted as saying.

Times Now in its report had claimed that a list of Bollywood A, B and C list actors and directors was being prepared by the NCB. The controversial TV channel had earlier claimed that Rhea had named 25 names from the Hindi film industry.

Meanwhile, the TV channel has begun facing widespread condemnation for its latest instance of fake news.

The NCB has denied this alleged @navikakumar scoop on Sara Ali Khan & 2 others being drug users. Why doesn’t @IndEditorsGuild read the riot act to @vineetjaintimes who puts this kind of fake news on air? pic.twitter.com/jvl96ezBAs

After this incident, how are we confident that whatever @republic and @TimesNow have shown in their channels are not fake. Are we still going to trust them? https://t.co/LLVqewTZto

Wondering who were the sources of Times Now.. These girls were brutally trolled on social media based on that report and if it was a fake report, who will take the responsibility? #Circus https://t.co/WUC44uukub

Meanwhile, Times Now’s Navika Kumar has defended her story as she tweeted, “…The story said these 3 were named by Rhea in her statement to NCB. They hung out together &consumed drugs. That was the story.The rest is your generalisation. I stand by my story. And clarifying to our viewers. Your comments don’t matter.”