Veteran Bollywood actor Dharmendra has asked his son Sunny Deol to learn from AAP MP from Punjab, Bhagwant Mann, who he said had made a huge ‘sacrifice’ for the country. 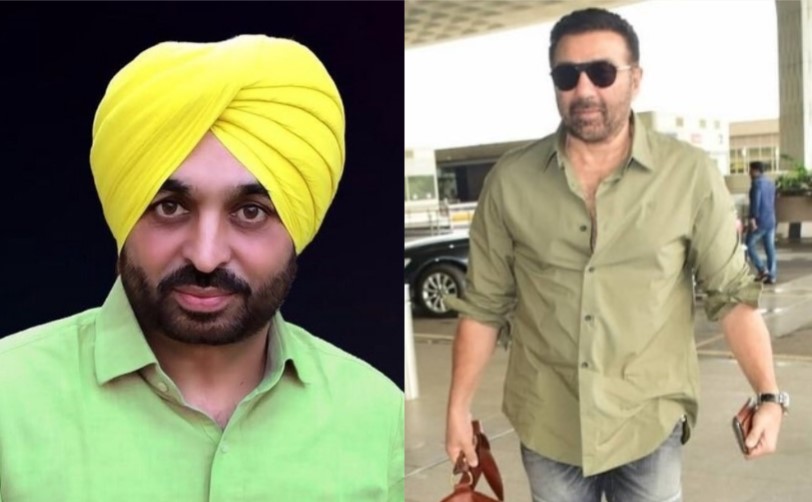 Dharmendra, who represented the BJP as a parliamentarian from Rajasthan in the past, wrote on Twitter, “Sunny,My son try to learn something from my Son like,Bhagwant Singh Maan , MP from Sangrur. What a sacrifice , to serve mother India ??. Jeete raho ?Maan , Bahut, Bahut maan hai , mujhe aap par.?”

Dharmendra was responding to photos shared by one of Sunny Deol fans on Twitter. While sharing the photos, his fan had written, “Hey guys…… Latest picture click Mumbai Airport looking so Dashing.”

Sunny Deol made his electoral debut by getting himself elected from Gurdaspur in this year’s Lok Sabha polls. However, he had courted controversy earlier this week, when he reportedly announced that he was nominating someone, who will act as his proxy in his constituency.

According to media reports, Sunny had appointed screenwriter Gurpreet Singh Palheri to look after the affairs of his constituency on behalf of the actor. The news had evoked angry reactions from his political rivals as they accused him of insulting the voters of Gurdaspur. The news had also not gone down well with his own party.

A senior state BJP leader had told news agency IANS, “Palheri’s appointment is a clear-cut indication that he has been authorised to chair meetings, including review meetings of the Central government-sponsored schemes, on behalf of Deol. This is unfair of Deol as he is accountable to the people who voted for him.”

Many have been quick to link Dharmendra’s advice to emulate AAP MP to the recent controversy courted by Sunny Deol.