One of India’s most reputed FMCG companies, Dabur India, has withdrawn its World Cup ad released ahead of the India-Bangladesh match in Edgbaston on Tuesday. No sooner did the company release the ad, it came under heavy attack from Bengali groups for allegedly mocking their culture in a bid to take potshots at the Bangladeshi cricket team. 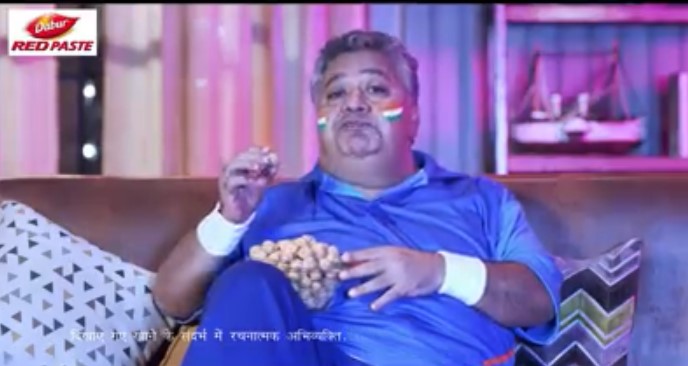 Taking objection to the ad, Trinamool functionary and Garga Chatterjee tagged Mohit Burman and Amit Burman (both directors with Dabur India) on Twitter accusing him of being racist towards Bengalis. He wrote, “Hey @imohitburman & @Burman_Amit, have u no shame that your co Dabur is doing naked AntiBengali racist ads? Bengalis & Bengal gave ur family refuge when u were nobodies. Your early products were copied from Bengal. Now you abuse Hindu Bengali customs, Bengali Lang & Rabindranath?”

Hey @imohitburman & @Burman_Amit, have u no shame that your co Dabur is doing naked AntiBengali racist ads? Bengalis & Bengal gave ur family refuge when u were nobodies. Your early products were copied from Bengal. Now you abuse Hindu Bengali customs, Bengali Lang & Rabindranath? pic.twitter.com/TlNKmdpVvV

Similar angry reactions followed from others on social media. Filmmaker Srijit Mukherjee wrote on Facebook, “Do yourself a favour. Go to Cellular Jail and check out the list of names. You will find a lot of these ‘Brishti pawre taapur tupur’ guys whose last wish before the gallows was to have ‘Til er naaru’ made by their mothers. After consuming them, they were hanged from their neck so that 80 years later you could use that freedom to make such moronic, dimwitted, humourless, tasteless ads to sell your product in the market place by whipping up a brand of faux Nationalism imposed in Hindi in name of Cricket, with scant respect for the diverse languages and cultures of this great nation. From now on Dabur, focus on making toilet cleaners. Because that is where you belong.”

Faced with widespread condemnation, Dabur India decided to pull the ad down from its digital space. In an email to news website Scroll.in, the company said, “Dabur Red Paste’s #SabkoChabaJaayenge campaign series was planned around the ongoing Cricket World Cup 2019 as a fun-filled way of reaching out to crores of cricket fans in the country. Since the airing of the latest India Vs Bangladesh ad in the series, we have received some comments from people in the digital space who felt that it hurt their cultural sentiments. It has since been withdrawn and we sincerely apologise if we have unintentionally hurt anybody’s sentiments.”

What the makers of Dabur ad forgot to realise is that Tagore and Tiler Nadu are an integral part of Bengali culture both in Bangladesh and West Bengal. The national anthem of Bangladesh was written by Tagore.