Janta Ka Reporter 2.0
Home Entertainment “Can’t wait to get you to India, it’ll be your last series”:...

Ravichandran Ashwin and Hanuma Vihari emerged as heroes after they thwarted Australians’ efforts to register a win at the Sydney Cricket Ground and take 2-1 lead in the ongoing Border-Gavaskar Trophy. Ashwin is now also being praised for his epic reply to Australian skipper Tim Paine, who made a desperate attempt to unnerve the Indian bowler by sledging. 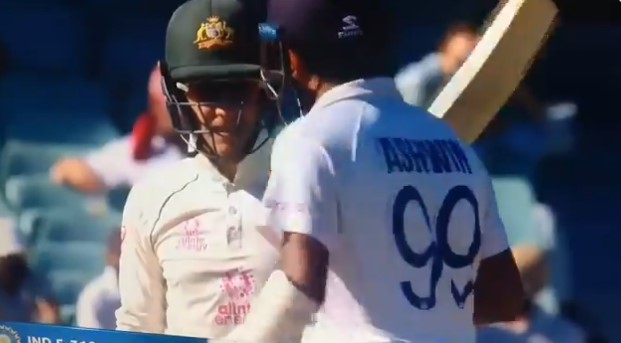 Paine, who’s come under heavy criticism from Australian fans for his poor captaincy in the series, decided to launch a tirade against Ashwin when the latter was batting at 33. Nathan Lyon was about to bowl at Ashwin. However, the Indian all-rounder suddenly left his crease forcing Lyon to stop bowling. What followed next was nothing less than astonishing.

The video of Ashwin’s on-field heated exchange went viral in no time. The general consensus was that not only was Ashwin a winner with the way he batted with Vihari, but he also put Paine in his place with his witty reply.

Ashwin & Vihari is playing too good ?? but Aussie captain tim paine is getting PAIN in the Ass ?? pic.twitter.com/UCgCzTbBMk

Haha I love Ravi Ashwin. Tim Paine chirping away and he just patiently waits before saying “Tell me when you’re finished.” #AUSvsIND

Both Ashwin and Vihari batted all through the last session of the match to score just 62 runs for the sixth wicket by facing 259 balls. Vihari faced 161 balls to score his 23, while Ashwin played a knock of unbeaten 39 runs by facing 128 balls.

India ended the match 334-5, comfortably managing a draw in a match that potentially saw their defeat.

Ashwin’s heroic effort at the SCG assumed significance in light of a revelation made by his wife Prithi, who tweeted, “The man went to bed last night with a terrible back tweak and in unbelievable pain. He could not stand up straight when he woke up this morning. Could not bend down to tie his shoe laces. I am amazed at what @ashwinravi99 pulled off today.”

The Border-Gavaskar Trophy is currently tied at 1-1 with the final match scheduled to be played in Brisbane.