Comedian Kiku Sharda of The Kapil Sharma Show has finally broken his silence over the controversy surrounding his decision to mimick Arnab Goswami during the Sony TV comedy show. The video of Kiku taking potshots at Goswami’s Mujeh Drug Do and Where Are you hiding Salman Khan rants had gone viral last week, leaving fans in splits. The right-wing brigade had even launched hashtag on Twitter, calling for the boycott of The Kapil Sharma Show. 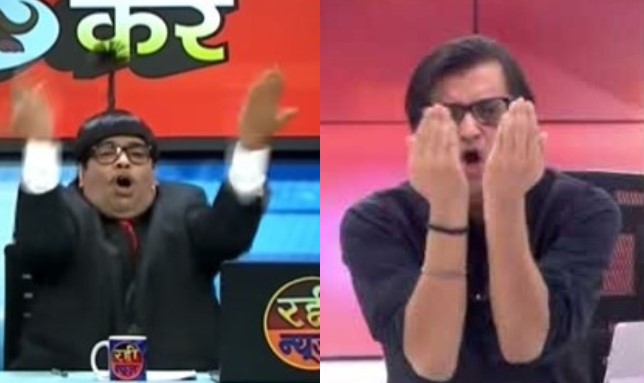 Days later, Kiku finally opened up about the controversy and defended his right to mimic people as a comedian. The famous comedian, however, revealed that he had not heard from either Goswami or people working in his media outlet, Republic TV.

Kiku told the Bollywood Hungama website, “No, nothing. I haven’t heard anything (from Goswami) as such.”

Defending his right to mimic people as a comedian, Kiku said that whilst he did not mind receiving criticism from fans, he expected them to be civil in their reactions. “There are all kinds of humour we touch upon. It is okay to voice your opinion but sometimes people do get nasty with voicing their opinion. These types of messages have come but we spoof KBC, we spoof like the biggest of actors and we do the mimicry of them,” he was quoted by the website.

He added, “I do receive messages about things. If you have not liked something, you can obviously go and talk about it. So, there is a way of talking about it as well. What I get upset about it is when you start using language which is not appropriate.”

While Kiku had dressed as a controversial TV anchor, his co-star Krushna Abhishek had mocked Goswami’s colleague Pradeep Bhandari by jumping on the roof of a vanity van to snoop on a Bollywood actress. Such was the popularity of their spoof that fans had ditched the IPL match to tune into The Kapil Sharma Show last weekend.

On one occasion, Kiku had cracked everyone up by saying, “We will never quit the company of truth even if it means turning our studio into a mental asylum.”

One of the best moments had come when Kiku Sharda playing the news anchor of Raddi News told filmmaker Anubhav Sinha, “Personal attack on media.” Far from receiving any sympathy from him, Anubhav Sinha had taunted, “Who’s media here? You?” This had left everyone including Archana Puran Singh in splits.