The Bombay High Court on Thursday refused to grant interim relief to Arnab Goswami and posted the matter for Friday. The Bench of Justices SS Shinde and MS Karnik, according to Livelaw, said that it will consider the prayer for an interim order for Goswami’s release tomorrow. Goswami’s lawyers had moved the High Court seeking his immediate release from judicial custody in the abetment to suicide case. 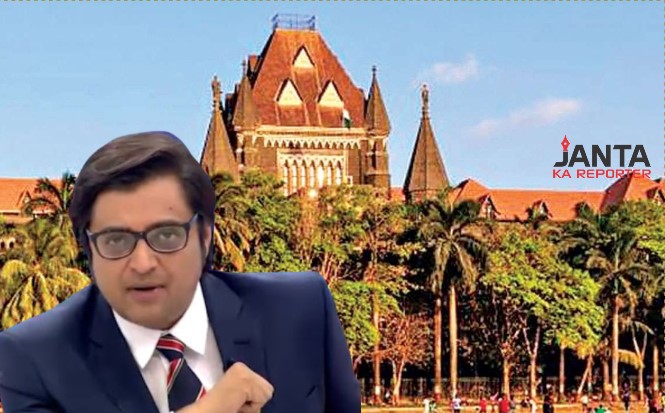 Representing Goswami, senior lawyer Harish Salve told the court, “This is an issue of liberty of a citizen. He is a journalist. Will heavens fall if he is given interim release? I don’t understand, with due respect.” He added, “Please release this man as an ad-interim measure and hear the case in detail later.”

Unimpressed by arguments made by Salve, Justice Shinde said that he would give reasons for not granting ad-interim relief, adding that the Bench will hear the petition on the re-opening date.

When Ponda said that his client was behind bars and that the investigation was illegal, Justice Shinde had said, “But there are other remedies. You can challenge the remand order.” ” We will have to issue notice to the State, to the complainant and we will hear the case on some other date after vacations,” Justice Shinde had said.

Bombay High Courts posts the petition of #ArnabGoswami challenging his arrest in 2018 abetmenet to suicide case for hearing tomorrow at 3 PM.

The bench will consider the prayer for interim order for release.

Justice Shinde told Goswami’s lawyers that the petition by the original complainant was also listed today and that needed to be heard too.

Goswami was sent to 14 days of judicial custody by a court in Alibag on Wednesday, hours after he was arrested by the Mumbai Police in connection with an abetment to suicide case.

Anvay Naik and his mother had committed suicide in 2018. The police had filed an FIR against Arnab Goswami, Feroz Shaikh of IcastX/Skimedia and Niteish Sarda of Smartworks, on the charge of abetment to suicide at Alibaug police station on a complaint by one Akshata. According to the complaint, the deceased had worked with the three persons he named in the suicide note. According to his wife’s complaint, the three did not clear his pending bills, leading Naik to suffer severe losses in his business.

At the time of filing the FIR against Goswami, Maharashtra had a BJP government headed by the then Chief Minister Devendra Fadnavis. With Maharashtra now being ruled by the Congress, the NCP and the Shiv Sena, Goswami’s detractors hope that the abetment to suicide case will be fast-tracked and reach a logical conclusion.

In May this year, Maharashtra Home Minister Anil Deshmukh had said that his government would reopen the case. Hours after Goswami’s arrest on Wednesday, the Mumbai Police also arrested the officer, who had filed a closure report in the case in 2018.