The BJP website was hacked on Tuesday as hackers posted an abusive video and Narendra Modi memes added with Bohemian Rhapsody. The website has been inaccessible to users since the news of the ruling party’s website’s hacking went viral. The saffron party struggled to gain control back from the hackers for hours.

At the time of publishing this report, the website remained down as the message read, “We will be back soon. Sorry for the inconvenience but we’re performing some maintenance at the moment. we’ll be back online shortly!” 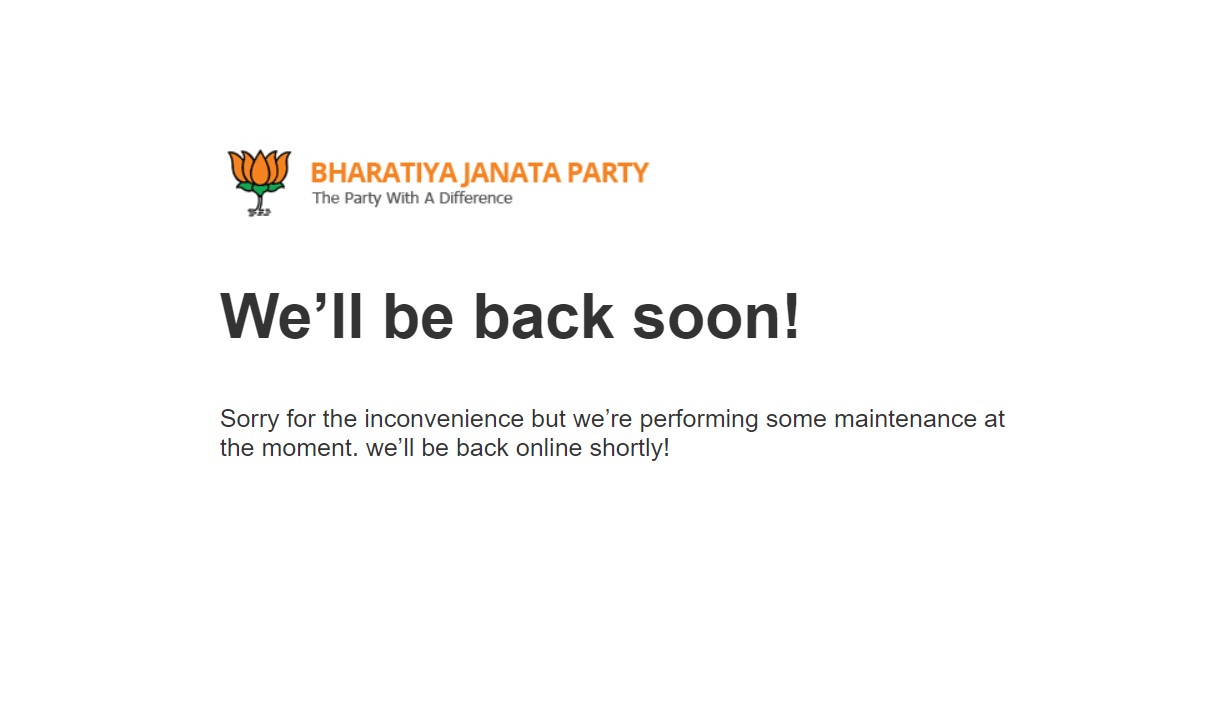 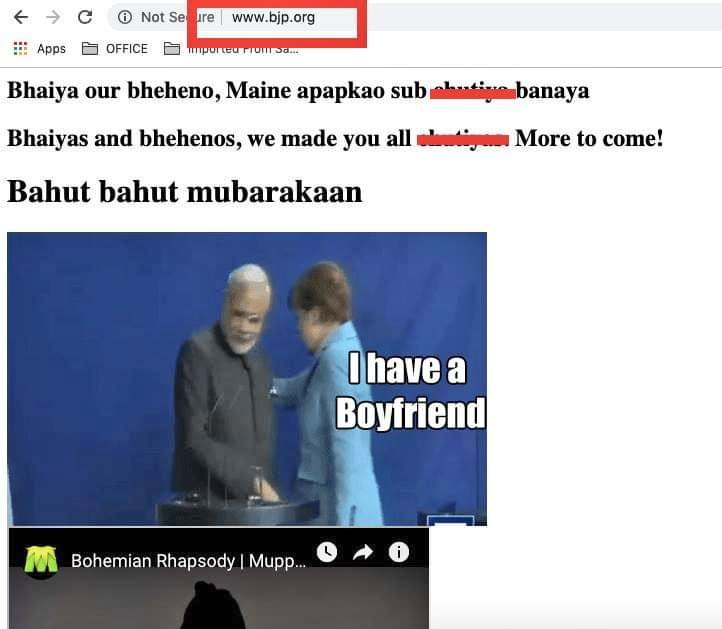 Soon social media users began to poke fun at the BJP for its website being hacked. Leading the pack was Congress social media head Divya Spandana, who tweeted, “Bhaiya aur Bhehno if you’re not looking at the BJP website right now- you’re missing out.”

Others too joined in:

BJP can’t prevent their own website from getting hacked and are governing a nation of ‘6 billion’ people. #NamumkinAbMumkinHai pic.twitter.com/uQDLgJC9s2

The saffron party was so rattled by Tuesday’s hacking that it took their website managers a good four hours before they were able to even publish their own logo back on the website.

This has come days after it was reported that the saffron party’s Chhattisgarh unit’s website too was hacked. On that occasion, hackers had left pro-Pakistan slogans with war-mongering messages.