Thursday night’s Bigg Boss had another round of dramatic developments after Shehnaaz Gill lost her cool on being called Punjab’s Rakhi Sawant. During a conversation, Shefali Jariwala poked fun at Shehnaaz’s claims of being Punjab’s Katrina Kaif saying that, at best, she was like Rakhi Sawant. “Kabhi Kabhi aap mujhe Punjab Ki Rakhi Sawant lagti ho  (Sometimes, you behave like Punjab’s Rakhi Sawant to me),” Shefali teased. 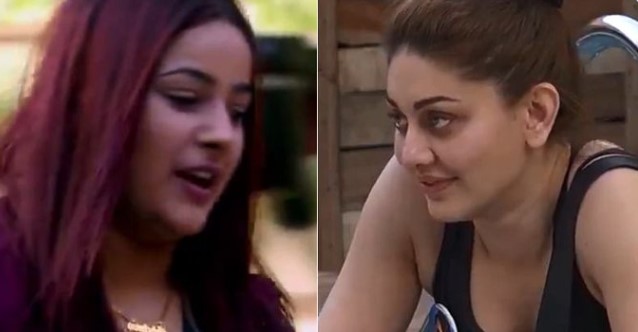 This evoked an angry reaction from Shehnaaz, who once again indulged in her inimitable theatrics. However, Hindustani Bhau did not like her theatrics as he warned her never to repeat her ‘overacting.’ Things became so serious that even Paras Chhabra and Mahira Sharma had to intervene as both asked Shehnaaz to exercise caution in the future.

Later, Hindustani Bhau, Himanshi, Shefali Jariwala, and Siddharth were seen bonding with each other. Both women were seen giving a head massage to the two male contestants.

The truck task came to an end with Bigg Boss declaring Team Asim Riaz the winner.

Later in the game, Rashami Desai and Devoleena Bhattacharjee made a return to the show. Bigg Boss announced that although the two women had polled the least votes leading to their eviction, they were being given a second chance.

Rashami told Arhaan Khan that he was unnecessarily trying to mediate between her and Siddharth. Arhaan told her that he was wrong about Siddharth calling the latter ‘mentally sick.’

If Thursday night’s promo is anything to go by, the coming broadcast of the popular reality show will see Siddharth and Rashami indulge in a heated exchange of words all over again. The house will also see a realignment of teams as Aarti Singh is already beginning to move away from Siddharth.

Siddharth has been nominated for two weeks by Bigg Boss for allegedly hitting Mahira Sharma.