In a big blow to Arnab Goswami, one of his top colleagues, who was physically assaulted by reporters in Mumbai, has stunned the Republic TV founder by resigning from the channel. Pradeep Bhandari had become a key face of Republic TV, particularly during the coverage of the Sushant Singh Rajput death case. 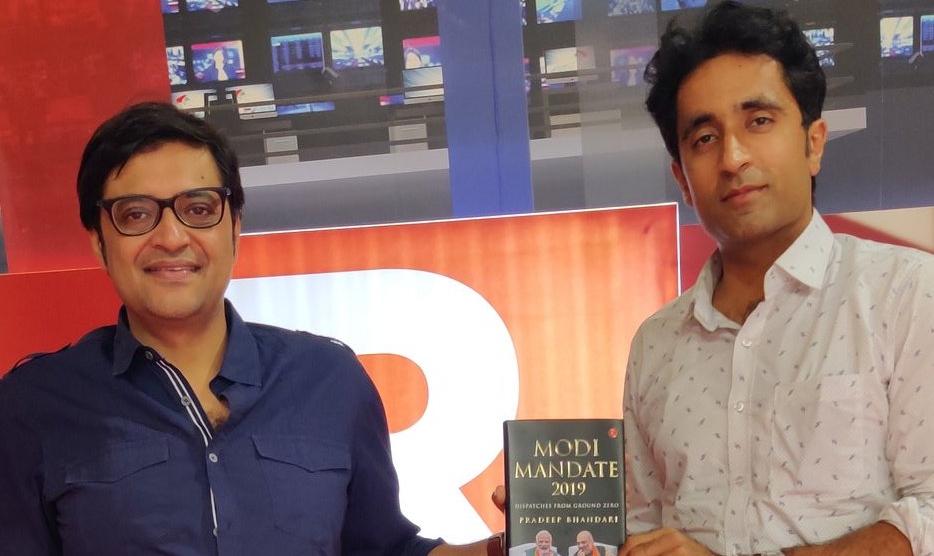 Taking to Twitter, Bhandari wrote, “I’ve submitted my letter of resignation to #Republic. Wishing #Arnab and team good luck for the future.”

I’ve submitted by letter of resignation to #Republic. Wishing #Arnab and team good luck for the future.

Bhandari’s resignation left supporters of Goswami stunned as they speculated reasons behind his sudden move. One asked, “NoRepublic without Pradeep If he could, even #ArnabGoswami would leave @republic knowing the humiliation(s) coming their way.” Another wrote, “This is what happens when U get summons every Saturday for being with Republic.. Meme police is meant for harassing people till they leave Arnab.. Truth Of Disha SSR Murder.”

Bhandari was assaulted by journalists in Mumbai in September last year outside the NCB office as the coverage on the drug probe into Deepika Padukone, Sara Ali Khan and Rakul Preet Singh took a dangerous twist. The video of Bhandari being assaulted had gone viral on social media platforms.

Last year, the Mumbai Police had grilled Bhandari for several hours in the Sushant Singh Rajput death case. Republic TV had alleged that Bhandari’s phone was confiscated by the Mumbai Police and kept in custody for many days. Bhandari, who worked as a consulting editor with Republic TV had said, “I felt I lived in a democracy in Maharashtra, but I got to see true fascism today. The way they detained me undemocratically, they tried to arrest me, they tried to physically assault me. Under the name of summons, they tried to interrogate me in custody. All my phones have been seized. when I asked why are you seizing my phones, then they said that ‘they got a call from top people’. The more you try to harass Republic, we will speak the truth louder.”

It’s not clear why Bhandari has chosen to resign from Republic TV. However, many have linked his decision to the ongoing probe launched by the Mumbai Police against Republic TV and its editors in many cases. Goswami, who was arrested and sent to jail for a week in an abetment to suicide case in November last year, has left Mumbai and is currently living in Delhi. The controversial anchor is facing arrest in the TRP scam.