Bharti Singh of The Kapil Sharma Show was at her menacing best when she targeted Archana Puran Singh and Saif Ali Khan’s daughter Sara Ali Khan. Elsewhere, her husband Haarsh Limbachiyaa too made his first-ever appearance on Bigg Boss when he took brutal potshot at the Narcotics Control Bureau for its recent raids at his house. 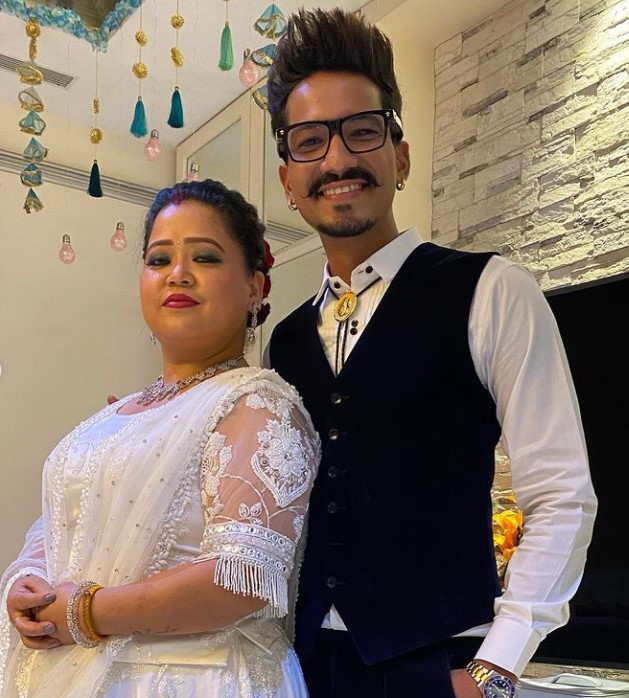 Most of the housemates in the Bigg Boss house understood Haarsh’s dig at the Narcotics Control Bureau and burst into laughter.

Day after Haarsh made his appearance on Bigg Boss, his wife Bharti Singh was seen on The Kapil Sharma Show, causing lighter riots in the presence of the star cast of Coolie No. 1. Among those present on the show were Sara Ali Khan, Varun Dhawan, Javed Jaaferi and Rajpal Yadav.

Bharti asked Varun why he had not chosen a profession as a government school teacher since his Dad David Dhawan and brother Rohit were film directors. When asked to explain the rationale behind her suggestion, Bharti said, “When two people in a family are into business, at least one person should have a secured government job. You never know when things can go wrong in business.”

Varun said, “I agree with you.” Bharti explained, “All of us doing fine but then corona came or not?” Bharti then shifted her attention to Archana saying that the mention of corona made Archana cry since the pandemic had made her jobless.

Bharti also took a dig at Sara Ali Khan’s weight loss and asked her to share some ‘chips.’ This was after Kapil Sharma asked if she wanted some ‘tips’ from the Simmba actor.