Indian cricketer Hardik Pandya has once again landed himself in a spot of bother after he proudly shared a photo of himself with Reliance Foundation chairperson Nita Ambani from inside his London hospital. This was after 26-year-old Pandya addressed Nita, whose son Akash and daughter-in-law Shloka Mehta are both older than the controversial cricketer, as bhabhi. Pandya has recently undergone surgery for his lower back at the hospital. 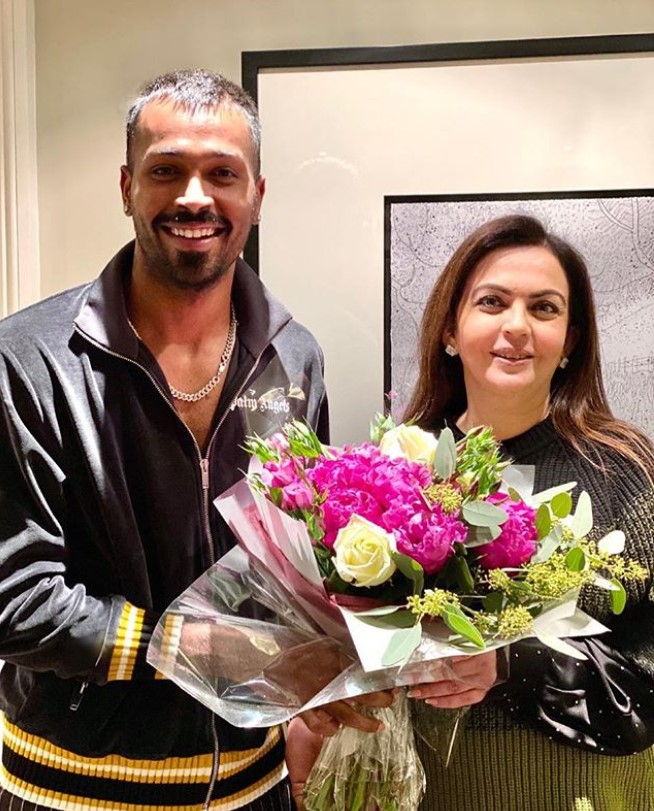 Nita Ambani, who too was in London to deliver a speech at the Sports Business Summit in the British capital, visited Pandya at his hospital. Overwhelmed by Nita’s gesture, Pandya wrote, “Thank you Bhabhi for coming to meet me here in London. Humbled by your gesture. Your wishes and encouraging words mean a lot to me. You have always been an inspiration.”

Thank you Bhabhi for coming to meet me here in London. Humbled by your gesture. Your wishes and encouraging words mean a lot to me. You have always been an inspiration. ?

Pandya’s decision to address 55-year-old Nita Ambani as his sister-in-law did not go down well with Twitterati, who began to give him grief once again.