Forced to stay indoors for a considerably long time, Indian celebrities are sharing some amusing videos from inside their homes. The latest in the series is cricketer Hardik Pandya, whose hilarious video fiancee Natasha Stankovic has now gone viral on social media. In the video, Hardik received an amusing reply from his Serbian fiancee after he asked her, “Baby, main kya hoon tera (Baby, what am I to you)?” Hardik, who plays in the IPL for Mumbai Indians, a club owned by Shloka Mehta’s family, was left speechless by Natasha’s reply. 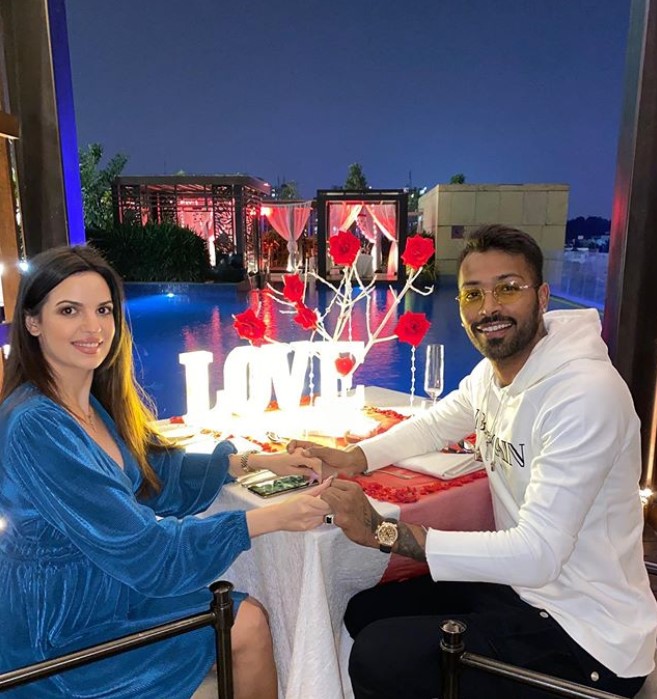 Natasha replied in Hindi, “Jigar Ka Tukda (a piece of my heart).” The response from the Serbian actress left Hardik utterly amused.

Hardik, who plays for the Nita Ambani-owned Mumbai Indians cricket team in the IPL, had announced his engagement with Natasha in January this year. Several celebrities including Indian cricket captain Virat Kohli had wished the couple on the engagement.

Recently, Hardik had shared a photo of themselves working out at the family gym. His caption had read, “What a fun session with my babies??✌?.”

What a fun session with my babies??✌?

Hardik had shared another video of a workout from his ‘quarantine life’ as he wrote, “Quaran-training ? Don’t forget about your personal fitness during the quarantine. Stay fit, stay healthy ✌??.”

India is currently going through a prolonger period od nationwide lockdown. All cricket matches including this year’s IPL tournament have been postponed indefinitely. Prime Minister Narendra Modi announced a further extension of the lockdown till 3 May. It’s highly unlikely that the normalcy will return even after that.