Have you ever encountered a feeling of being rudely let down by someone who you’ve trusted as your fierce ally? This is precisely what happened to BJP’s controversial spokesperson Sambit Patra on Sunday when he was given a rude shock by Republic TV founder Arnab Goswami. 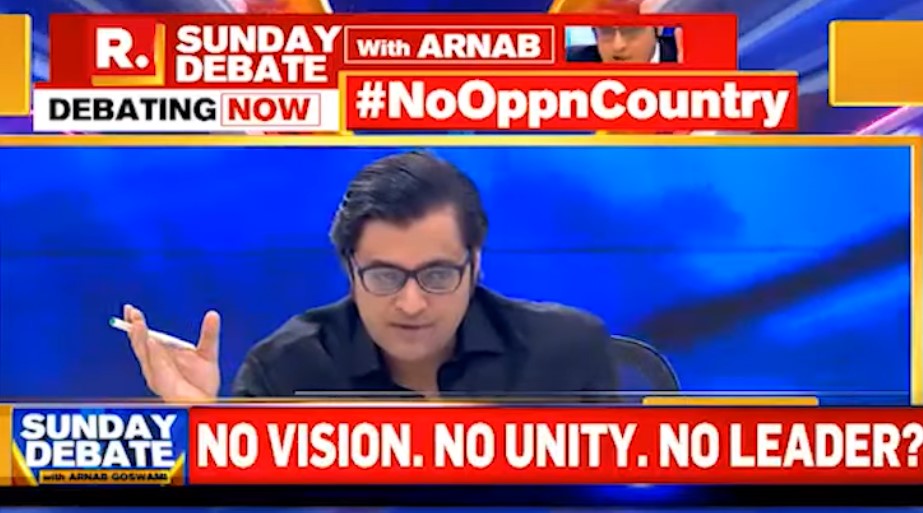 Goswami was debating the non-existence of an opposition in India under the rule of Prime Minister Narendra Modi. For the most part of the debate, both Goswami and Patra spoke in unison in slamming the opposition. Both agreed that the opposition led by the Congress had acted as anti-nationals while criticising the policies of the BJP-led government at the Centre. However, minutes before the programme came to an end, Goswami stunned Patra by changing his tune as he decided to expose the BJP’s hypocrisy on corruption and crimes against women.