A visibly rattled Arnab Goswami has desperately urged his fans to support him by tuning in to his programme either via Youtube or other distribution platforms. This was after the Republic TV founder alleged that the Maharashtra Assembly had deliberately forced him to default on a notice served to him on 16 October. 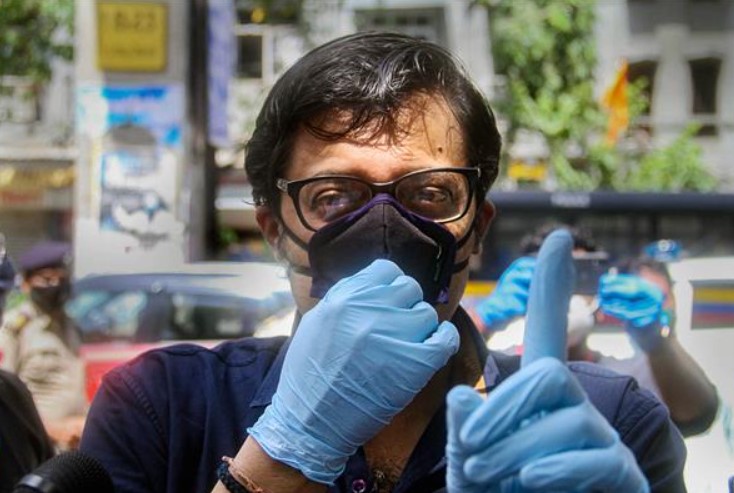 Taking to his TV channel, Goswami said that he received the notice from the Maharashtra Assembly at 2.50 PM on Friday afternoon, while he was directed to appear before the assembly at 3 PM.

He also urged other media outlets to not remain a mute spectator as he continued to be targeted by invoking press freedom, adding that they too will be targeted in the future. When one of his guests asked Goswami to read out the date written on the notice, he evaded the question.

Today’s notice by the Maharashtra Assembly was the fourth in a series. Goswami said that he was not afraid of going to jail, adding that he was worried about the ‘due process not being followed.’

Both Goswami and Kangana Ranaut are now facing privilege motions against them in both the Houses of the Maharashtra Assembly. While Goswami is accused of insulting Maharashtra Chief Minister Uddhav Thackeray and NCP supremo Sharad Pawar, Kangana is facing the music for calling Mumbai ‘Pakistan Occupied Kashmir.’

The privilege motion against Goswami was moved by Shiv Sena MLA Pratap Sarnaik, who accused the Republic TV founder of routinely insulting ministers, MPs and MLAs during his prime time TV debates. Much to Goswami’s discomfort, Sarnaik’s motion was seconded by none other than Maharashtra Parliamentary Affairs Minister Parab. Also supporting the motion against Goswami were NCP leader Chhagan Bhujbal and Samajwadi Party’s Abu Azmi.

Goswami had moved the Supreme Court against the Maharashtra Assembly’s decision to initiate a breach of privilege motion. The top court had adjourned the hearing on Monday.