Arnab Goswami had long hyped his special programme scheduled for 2 May with hashtag #May2WithArnab. However, the Republic TV founder became a butt of jokes on Sunday when netizens found that he had disappeared from all three channels owned by the controversial anchor. This was after Mamata Banerjee-led Trinamool Congress looked set to score a decisive majority in the West Bengal assembly polls, crushing BJP’s hopes to form its first-ever government in Bengal. 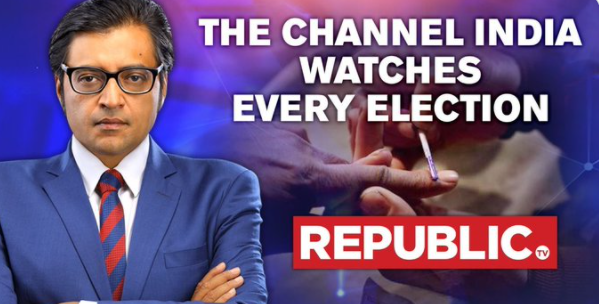 Before Arnab Goswami left the TV screen, he was sounding confident on BJP’s good performance in Assam and West Bengal. He had told his fellow anchor, “Mamata Banerjee behind and BJP closing in on the 100-mark itself, AIDMK alliance doing well (in Tamil Nadu), Puducherry the government is going to form, Kerala, of course, is a two-way battle. So, overall picture one must emphasise is that the BJP as a party is going from strength to strength to strength.”

#May2WithArnab | As per the latest EC trends for West Bengal, the TMC is leading on 58 seats while the BJP is leading on 34; Tune in for the latest #ElectionResults2021 with Arnab and team here – https://t.co/XxqytRvvem pic.twitter.com/78K5Ixe20p

Goswami’s hopes were crushed as the Trinamool Congress took a decisive lead in west Bengal and the AIADMK-BJP alliance looked set to lose this year’s assembly polls in Tamil Nadu. Netizens detected that Goswami had performed a vanishing act from his TV channel and suddenly the hashtag #May2WithArnab had lost its significance. The development did not go unnoticed with many Twitterati, who began to poke fun at the Republic TV founder.

Republic TV made a huge investment in Bengal, staring a Bhakti channel in Bangla and doing a Farzi poll. They should head back to Maharashtra, oops. Well Assam is always there

Poor Arnab Goswami had opened a whole new TV channel in Bengali to help his masters in this election.

Now he even disappeared from his channel’s election result coverage today..

Arnab Goswami had launched a Bengali TV channel just before the elections. He had also roped in the support of several top Bengali names including BCCI President Sourav Ganguly.