Archana Puran Singh was left red-faced by her co-star Kapil Sharma, who ‘exposed’ the veteran actor in front of Bollywood veteran Govinda for prolonging the conversation to create more content for her Instagram video. 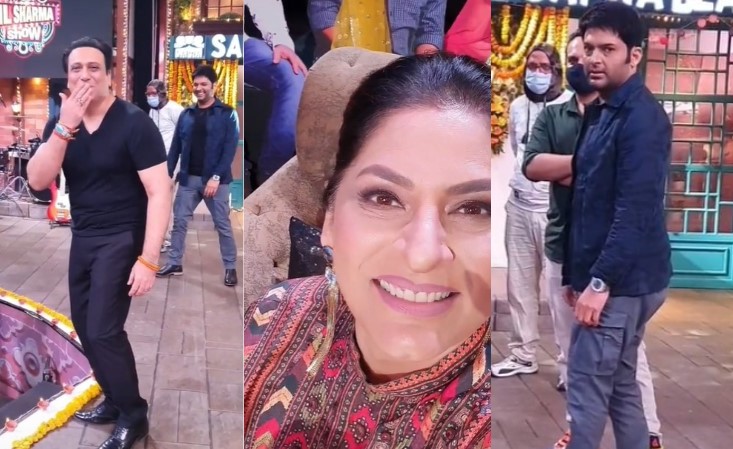 Unfazed by Archana’s teasing, Kapil proudly flaunted his weight loss from 92 kgs only a few weeks ago to just 81 kgs now. He concluded it by teasing Archana as he said, “After all, my web series is coming soon.”

This all started with Kapil informing actor Govinda’s daughter about the pitfalls of drastic weight loss, adding that he decided to reduce his weight only after doctors advised him to do so following the ailment of a slipped disc.

The conversation on weight loss between Kapil and Govinda’s daughter took place after the comedian had finished with his shoot of The Kapil Sharma Show. Kapil used even this opportunity to have a dig at Archana as he told Govinda, “ye apna content bana rahi hai Instagram keliye. Baaton mein lagaya hua hai, chalo ham to chalte hain. (She is just creating content for her Instagram. That’s precisely why she has kept us engaged in conversation. Let’s leave).”

Weight loss also cropped up between Govinda’s conversation with Archana earlier as the latter said, “You’ve lost weight Chi Chi and you’re looking like a rockstar.”

The TKSS show with Govinda was in the news after Krushna Abhishek refused to take part in the show following his strained relationship with his uncle.