Krushna Abhishek of The Kapil Sharma Show has vowed to mend his relationship with his uncle Govinda days after the former’s decision to boycott the show featuring Salman Khan’s former co-star triggered a full-blown family war. His recent comments about Govinda left both Archana Puran Singh and Kapil Sharma in splits. 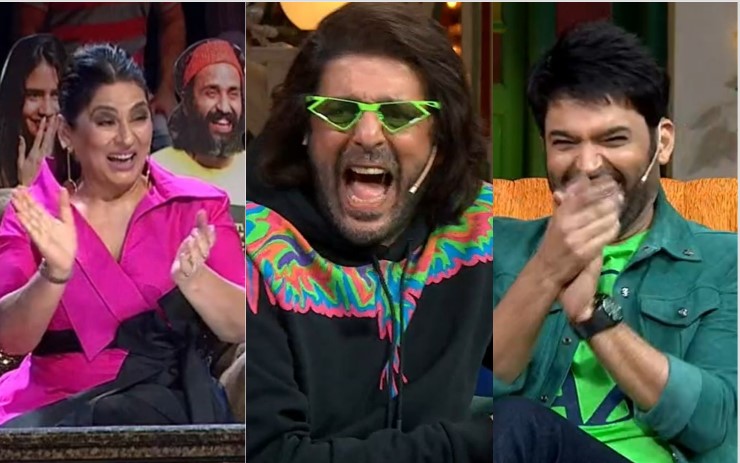 In life, there are only two things important. Make ayurvedic fluid to strengthen your immunity and Nandu’s drawstring for entertainment.” Nandu’s ka naada or drawstring was a popular catchphrase uttered by Shakti Kapoor in many of his films. This prompted Kapil to ask Krushna why he was not paying tribute to the catchphrase that Chunky delivered in his films. He asked, “You remembered Nandu’s naada, but you did not make anything on his (Chunky’s) Mamma Mia catchphrase, which is so famous?”

Taking a dig at his uncle Govinda, Krushna replied, “pahle main apne maama (uncle) mian se to bana loon. (Let me first mend my relationship with my uncle.” This left Kapil, Archana and their guests in splits.

Krushna’s desire to mend his relationship with his uncle Govinda assumes significance in light of a full-blown war that was triggered by Salman Khan’s former co-star’s appearance on The Kapil Sharma Show. Krushna had decided to boycott the episode to avoid a confrontation with his legendary uncle.

Later, Krushna had told a website that he did not want to add any bitterness by sharing the screen space with his uncle, with whom his relationship has deteriorated in the recent past. Reacting to his public statement, Govinda had accused his comedian nephew of making defamatory utterances against him.

While Krushna had decided to maintain his silence on Govinda’s public outbursts, his wife Kashmera Shah and sister Aarti Singh had taken potshots at the legendary actor in their own styles.