Ajay Devgn and Kajol are one of Bollywood’s coolest and most popular couple. When the two recently appeared on Karan Johar’s TV chat show Koffee With Karan, they opened up a lot about relationship with Karan and their own family members. Kajol revealed how Ajay was a completely family man and always returned home after work. Ajay called it the outcome of his social anxiety syndrome. 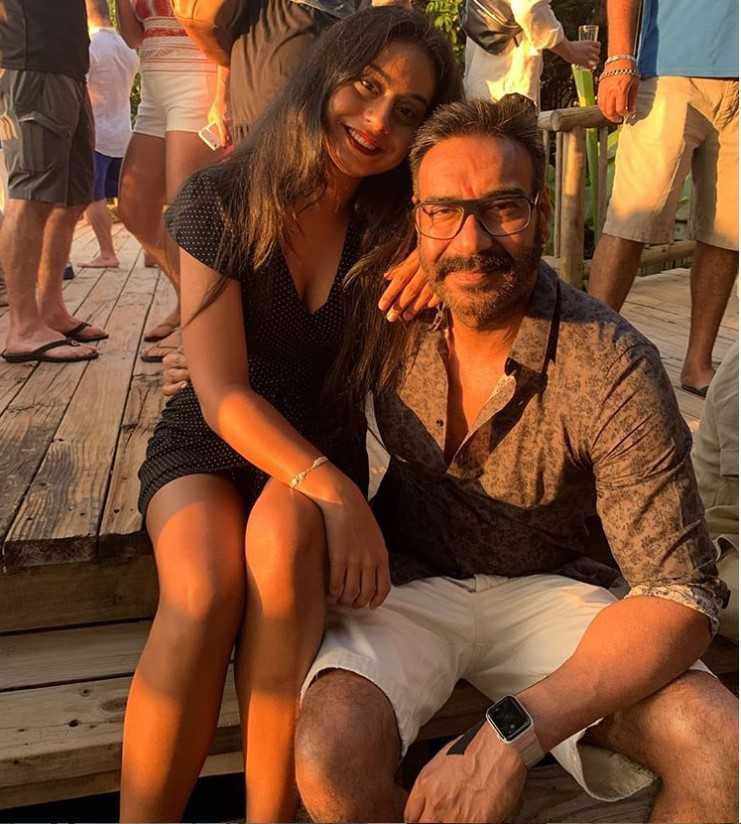 Ajay took to his social media pages to wish his fans Happy New Year. While greeting his fans, he also posted a cute photo of himself with daughter Nysa. The Singham star wrote, “The light is beautiful, but my daughter outshines everything! Happy 2019 and I’m sure your daughters are all precious to you.”

The light is beautiful, but my daughter outshines everything! Happy 2019 and I’m sure your daughters are all precious to you.

Ajay’s incredibly sweet photo with daughter Nysa became instant hit with his fans as they began to react overwhelmingly. One fan wrote, “A photo of immaculate sweetness and sublime love. Father and daughter.” Another fan wrote, “Beautiful caption….Nysa looking Pretty.” “She is really beautiful… specially her smile,” commented another.

On Monday, Ajay had posted a beautiful ‘son’ kissed photo from Thailand, where the family is currently holidaying. Posting a photo of himself, Ajay had written, “Son in my eyes.”

Son in my eyes.

Kajol too posted another photo with their son Yug and wrote, “Fun in the sun, With my sun.”

On work front, Kajol will be seen next with her husband Taanaji: The Unsung Warrior. As for Ajay was seen in a cameo role in Ranveer Singh’s Simmba.