Days after The Wall Street Journal made a stunning revelation on the dirty nexus between Facebook India’s lobbyist executive Ankhi Das and the BJP, now the prestigious TIME magazine has revealed how the social media giant’s another lobbyist, Shivnath Thukral, had run internet campaigns for the BJP. The TIME’s investigation also highlighted how Thukral had once walked out of a meeting held to discuss the hate speech post by a BJP MLA in Assam. 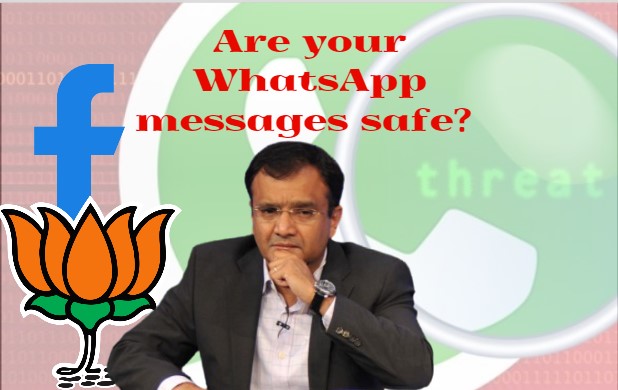 The hate speech content in question was posted by Shiladitya Dev, a lawmaker in the state of Assam for Prime Minister Narendra Modi’s Hindu nationalist Bharatiya Janata Party (BJP). He had shared a news report about a girl being allegedly drugged and raped by a Muslim man, and added his own comment, “This is how Bangladeshi Muslims target our [native people] in 2019.”

But, instead of removing the content, Facebook allowed the post to remain online for more than a year after the meeting, until TIME contacted Facebook to ask about it on 21 August. In its statement, Facebook conceded that it had assessed the BJP MLA’s post as hate speech soon after an NGO, Avaaz, flagged the issue. Facebook, however, admitted that it failed to ‘remove upon initial review, which was a mistake on our part.’

Facebook’s admission to its mistakes in removing the hate content against Muslims for more than a year assumes significance in light of TIME’s revelation that Thukral had walked out of the meeting even as Alaphia Zoyab of Avaaz remained on a video call with Facebook employees. Thukral, according to Zoyab, had said that he had other important things to do.

According to the TIME magazine’s investigation, Thukral, who was promoted in March 2020 from his job at Facebook to become WhatsApp’s India public policy director, had worked in the past on behalf of the BJP. The report added that despite his past association with the BJP, he was involved in making decisions about how to deal with politicians’ posts that moderators flagged as violations of hate speech rules during the 2019 elections

Several Facebook employees that TIME spoke to told the US-based magazine that the reason why Thukral was hired in 2017 by Facebook was that he was seen as close to the ruling party. In 2013, during the BJP’s eventually successful campaign to win national power at the 2014 elections, Thukral worked with senior BJP leaders to run a pro-BJP website and Facebook page, Mera Bharosa (My Trust).

The stated purpose was to get students to sign up to vote. But the hidden purpose turned out to help the BJP. The TIME report said that, according to the documents, this was a calculated strategy to hide the true intent of the organisation. By early 2014, the site changed its name to Modi Bharosa (meaning Modi Trust) and began sharing more overtly pro-BJP content.

According to TIME magazine, Facebook has confirmed that Thukral indeed worked for the pro-BJP campaign Mera Bharosa, which later became Modi Bharosa.

Thukral’s role is extremely important to Facebook as it aims to turn the messaging app into a digital payments processor — a lucrative idea potentially worth billions of dollars. The pro-BJP lobbyist is expected to play a key role in managing the company’s relationship with the Modi government on this project.

Facebook clearly doesn’t want to repeat its experience of 2016 when the telecom watchdog, TRAI, ruled that the social media giant’s Free Basics project to provide free internet access for only some sites broke the rule on net neutrality. Since then, Facebook has invested $5.7 billion for a 10% stake in Mukesh Ambani-owned Reliance Jio. Ambani too is believed to be extremely close to the Modi government.

The latest revelation on Thukral is a frightening development for India’s 400 million WhatsApp users. Even though WhatsApp has maintained that messages exchanged on its platform were secured with ‘end-to-end encryption,’ a pro-BJP executive heading the platform will cast doubts on Facebook’s claims.

Virender Sehwag lashes out at hockey officials, accuses them of biases...