Virat Kohli and his teammates on Sunday celebrated their emphatic win in their first-ever pink-ball Test match against Bangladesh at Kolkata’s Eden Gardens. But the man behind the introduction of the pink-ball Test in India, Sourav Ganguly, had to grapple with a pressing matter on social media involving his daughter, Sana Ganguly. Sana, who recently celebrated her 18th birthday, first teased her Dad asking him why he was looking grumpy in his photo taken soon after India’s historic win. The father came up with an equally witty response, declaring his daughter ‘disobedient.’ As expected, fans are loving the adorable exchange of words between Ganguly and his daughter. 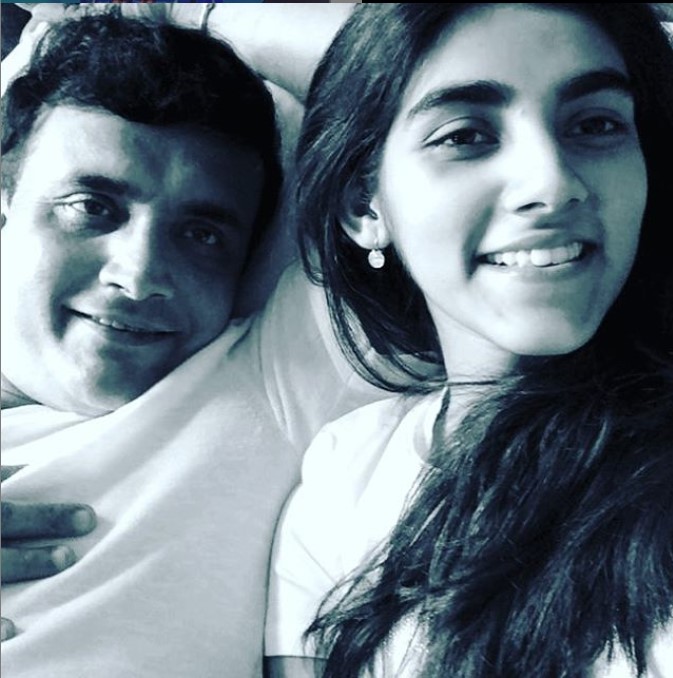 It all started after Ganguly posted a photo of himself seemingly standing inside the stadium. His Instagram post had no caption. Daughter Sana wasted no opportunity and her Dad, “What is it that you’re not liking?” Pat came a reply from Ganguly, who wrote, “That ur becoming so disobedient.” Not to be outwitted by her father, Sana responded, “Learning from you.”

Fans were awestruck by this cute banter between Ganguly and Sana. One wrote, “Only daughters have the power to question legends.” Another commented, “what a reply dada.. ur sense of humour makes me crazy.” “dada is DADA, even as a father,” commented another fan. 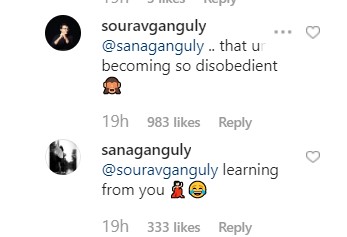 Ganguly, arguably one of the most successful Indian captains and now the BCCI President, was instrumental in convincing Virat Kohli for the introduction of the pink-ball Test in India. After the match, Ganguly had termed the experiment hugely successful stating that this will tempt the crowd to throng to grounds to watch even a Test match, which has been losing crowds lately.

India beat Bangladesh by an innings and 46 runs and won the series 2-0.