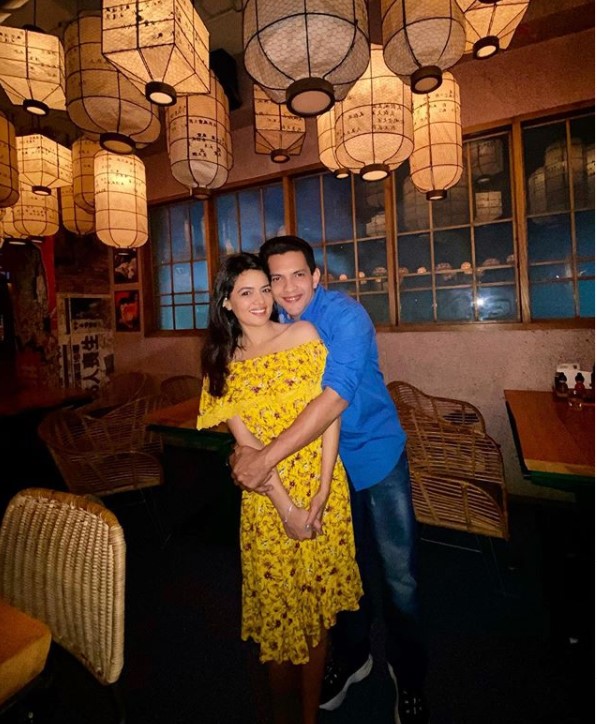 Aditya, who will be seen hosting the next edition of Indian Idol once again this year, told Kapil Sharma how Neha wasn’t the only judge he flirted with in the past. “Jitne bhi reality show maine kiye hain, female judge ke saath flirt kiya hai. Ek show mein to Alka ji bhi thi, to papa bhadak gaye the. (Whichever reality show I’ve hosted, I’ve flirted with the female judge. In fact, in one show, the judge was Alka Yagnik. This led to papa losing his cool).”

Kapil asked why Udit Narayan lost his cool on his son flirting with Alka Yagnik. Aditya said mimicking his singer Dad, “That’s because Alka ji is his favourite.”

Days after Neha announced her tied the knot with Rohanpreet, Aditya too had revealed his plans to get married with one Shweta Agarwal, who he said he had dated for 11 years. Aditya had said in an emotional note on Instagram, “We are getting married!

I am the luckiest man alive to have found Shweta, my soulmate, 11 years ago & we are finally tying the knot in December.”

Aditya will join Kapil Sharma and Archana Puran Singh next weekend along with singer Himesh Reshammiya and music director Vishal Dadlani to promote their upcoming singing reality show. Aditya will be seen pulling Himesh’s leg accusing him of being unhappy over the former’s marriage plans. Vishal, on the other hand, will poke fun at Aditya saying that at least someone had considered him eligible for marriage.

The last edition of Indian Idol saw Aditya flirt with Neha, triggering speculations that both had decided to get married. The singing reality show had even claimed that the two will exchange wedding vows on Sony TV, but Neha later revealed that this was just a joke.

Last month, Neha stunned her fans by revealing her wedding plans with Rohanpreet Singh, a former singing reality show contestant and a suitor of ex-Bigg Boss contestant, Shehnaaz Gill aka Punjab’s Katrina Kaif. Both got married in Delhi before holding a lavish reception in Punjab. The popular singer had faced criticism on social media for copying the wedding outfits of Deepika Padukone, Priyanka Chopra and Anushka Sharma.