Hindi TV channel Aaj Tak is facing intense social media roasting after many including journalists alleged that it had indulged in ‘mischief’ by using a photo of Jamia Millia Islamia University in an unrelated story. The story in question was about the arrest of two foreign nationals being arrested for their alleged involvement in drug peddling in Delhi’s Mohan Garden area, which is 30.9 kms away from Jamia Millia Islamia University. 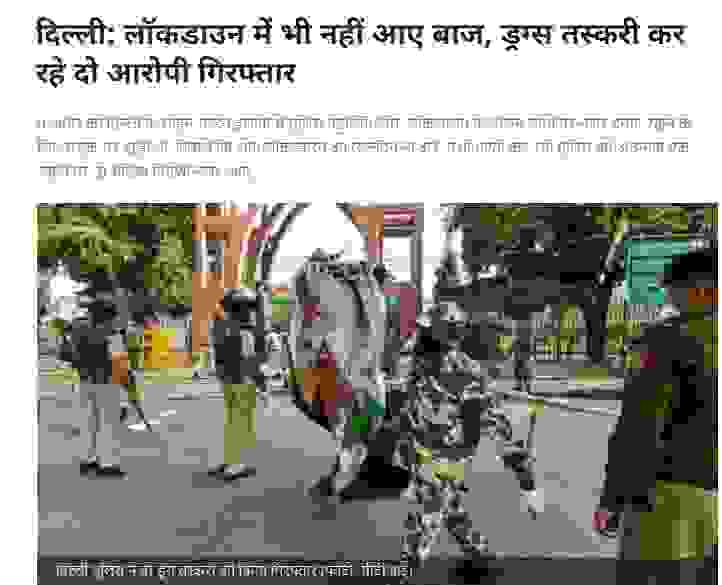 Jamia, a Muslim majority educational institution, was at the centre of the anti-CAA protests. This prompted many to conclude that it wasn’t an oversight by the Hindi TV channel from the India Today Group to use a photo of Jamia Millia Islamia University in an unrelated story on drug peddling.

Jamia, a Muslim majority institution was one of the country’s citadels for citizenship law protest. https://t.co/s4bZTA5LHO

When India will get its ‘Nuremberg Tribunal’, no can save India Today group in facing the trial! https://t.co/qXLCWmgBoU

Another mischief by @aajtak The story is about alleged drug peddlers, caught in Mohan Garden area (near Uttam Nagar), at least 30 KM from Jamia.
But Photo used by Aaj Tak is of police outside Jamia Main Gate.@IndiaToday@TCNLive@gulf_news@guardianhttps://t.co/JFpk1REjHY pic.twitter.com/4OZtUQ8lo8

According to Google map, the distance between Jamia and Mohan Garden is 30.9 kms. The photo used by Aaj Tak was of Babe-e Maulana Abul Kalam Azad of Jamia Millia Islamia University. The photo was last used by Outlook magazine with the following caption, “Police and paramilitary personnel clear the site of protest at Jamia College in New Delhi. Protestors against the citizenship law at Shaheen Bagh were vacated by the Delhi Police amid coronavirus outbreak.”

India Today Group recently faced considerable criticism on social media for demonising Muslim community after it ran a so-called investigative report critical of madrasa students choosing to stay in their boarding religious schools during the lockdown. The media group had defended its decision to demonise the Muslim community despite being told by many that madrasas served as permanent abode and boarding schools for poor Muslim students many of whom were orphans.