India’s Abhijit Banerjee on Monday won this year’s coveted Nobel Prize for Economics along with his French economist wife Esther Duflo and Michael Kremer of Harvard University in the US. While congratulations are pouring in for the India-born celebrated economist, not many would know that both he and his wife had criticised the demonetisation announcement of Prime Minister Narendra Modi in 2016 and advised the then Congress President Rahul Gandhi on formulating his party’s minimum-wage guarantee scheme, NYAY, ahead of this year’s Lok Sabha polls. 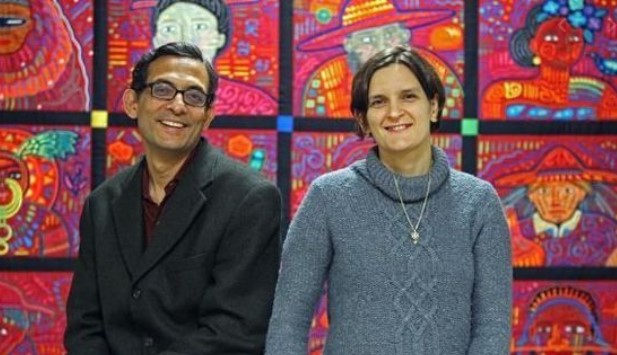 Speaking about the adverse impact of the note ban, Banerjee had told News18 website, “I never understood the logic behind it. For one, why introduce Rs 2,000 notes? And I suspect the pain is much greater than is being currently anticipated.” When asked how the PM Modi’s announcement to ban Rs 500 and Rs 1,000 notes was being viewed abroad in policy and academic circles, he had said, “With bewilderment!”

His wife Duflo too had agreed with him when she told the Mint website that the note ban was a ‘dramatic example of a policy announcement made without any serious thought given to implementation.’

She had said, “We do not know that yet and we might never know. This is because there is no effective mechanism to measure GDP creation in the informal economy. I was told that informal economy GDP is calculated by indexing it to the formal economy GDP. If that is the case, we might never know the exact magnitude of loss. And the government might use these figures to argue that there was no significant setback. People are claiming workers are returning from construction sites to their villages. But there isn’t much high-frequency data on these kinds of things, which would capture the short-run pain.”

While congratulating Banerjee on his Nobel achievement, Congress leader Rahul Gandhi revealed that the celebrated economist had helped him formulate his much-talked-about NYAY scheme before the elections. The Congress had promised to implement NYAY if it won the parliamentary polls. Gandhi wrote, “Abhijit helped conceptualise NYAY that had the power to destroy poverty and boost the Indian economy. Instead we now have Modinomics, that’s destroying the economy and boosting poverty.”

The Congress had said that it consulted several top economists around the world including the former Reserve Bank of India Governor Raghuram Rajan on NYAY.

PM Modi too congratulated Banerjee on his Nobel feat as he wrote, “Congratulations to Abhijit Banerjee on being conferred the 2019 Sveriges Riksbank Prize in Economic Sciences in Memory of Alfred Nobel. He has made notable contributions in the field of poverty alleviation.”