Noted lawyer Harish Salve has held the Supreme Court responsible for the current economic slowdown in the country. Speaking to a website, Salve said that the top court cancelling 122 spectrum licences issued to telecom operators in the 2G spectrum case in 2012 triggered the economy to go on a downward trajectory. 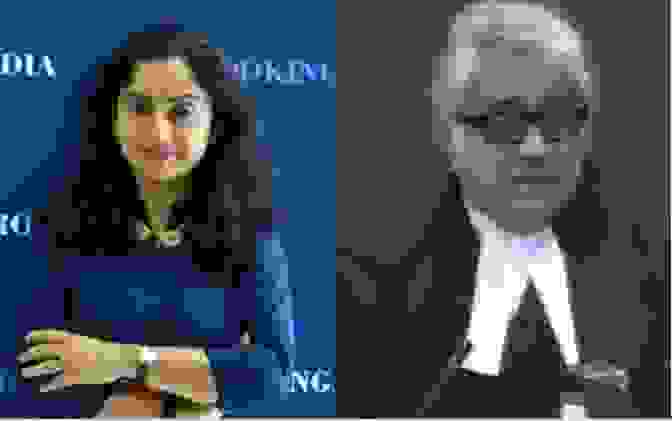 “I squarely blame the Supreme Court,” Salve told lawyer Indira Jaising in an interview for her website The Leaflet.

According to Salve, foreigners invested billions of dollars, but the apex court with one stroke of the pen knocked all of them out. “That’s when the decline of the economy began,” he said.

Shamika Ravi, member of Prime Minister Narendra Modi’s economy advisory council agreed with him. When a Twitter user asked her if she agreed with Salve’s analysis, Ravi replied on the microblogging site, “Yes.”

Only a few days ago, as reported by Janta Ka Reporter, Ravi had blamed former Finance Minister Pranab Mukherjee’s decision to tax business retrospectively and the Supreme Court’s cancelling of coal blocks since 1993 for the downturn in the Indian economy today. She had said that these two key decisions started the Indian economy on the downward journey.

She had said, “In a series of tweets Ravi wrote, “Objective of economic reform is to reduce policy uncertainty in the economy. Private investments in India have been declining since 2012: after Pranab Mukherjee’s retro taxes and then SC cancellation of all coal block allocations since 1993(!)…anyone estimated growth foregone?”