Filmmaker-actor Farhan Akhtar on Friday said that he was inspired by Virat Kohli’s blistering knock against Gujarat Titans on Thursday. Kohli faced 54 balls to score 73 as the Royal Challengers Bangalore defeated Gujarat Titans by eight wickets. Kohli was declared Player Of The Match. Kohli’s knock assumed significance since his critics had mocked his poor form by trending ‘chokli’ on Twitter. 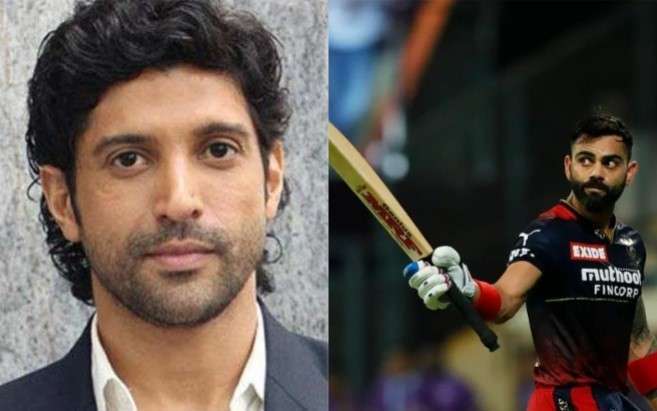 Reacting to Kohli’s return of form, Farhan wrote on Twitter, “Virat Kohli vs GT last evening was the bomb!! His passion to see RCB win was palpable and I love that he wears his heart on his sleeve and doesn’t hold back from expressing what he’s feeling in the moment. Inspired.”

Virat Kohli vs GT last evening was the bomb!! His passion to see RCB win was palpable and I love that he wears his heart on his sleeve and doesn’t hold back from expressing what he’s feeling in the moment. Inspired. @imVkohli

Kohli also completed 7,000 runs in IPL while playing for the RCB.

Reacting to his performance, Kohli said after the match, “It was an important game. I was disappointed that I haven’t done much for my team and that is what bothers me, today was a game where I was able to create an impact for the team. There are expectations because of the performances that you have put in, you need to keep the perspective right.”

The former India skipper added, “With the very first shot of Shami, I felt I could hit length balls over the fielder’s head and I knew that tonight was the night when I could kick on. It has been wonderful that I have got so much support in this edition. I am forever grateful for all the love.”

Kohli’s knock included 10 fours and two sixes as he added 115 runs for the first opening wicket with Faf Du Plessis.

Not too long ago, Kohli’s dismissal for another duck had prompted his detractors, mostly the fans of Rohit Sharma, to trend ‘Chokli’ on social media. The term ‘Chokli’ was coined to mockingly rhyme the former India skipper’s surname with an intention to declare him a choker.