A Pakistani MP calling Federal Minister Fawad Chaudhry a dog inside the country’s parliament has dominated the social media conversations. In the viral video, Pakistan Muslim League-(N)’s Senator Mushahidullah Khan is seen referring to Minister for Science and Technology Fawad Chaudhry as his pet dog. 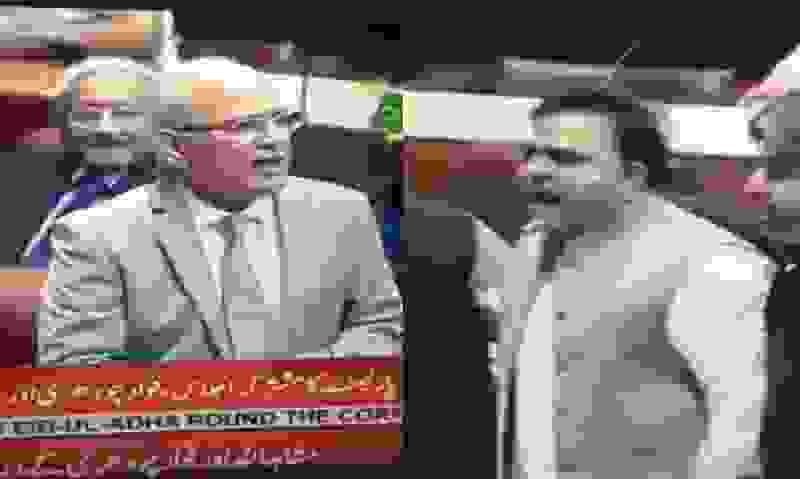 The ruckus in the parliament started after Khan condemned the government headed by Prime Minister Imran Khan and said that he had failed to take his Indian counterpart Narendra Modi head-on. Khan claimed that when his party chief Nawaz Sharif ruled Pakistan, both Atal Bihari Vajpayee and Modi had travelled to the neigbouring country to discuss the ‘issue of Kashmir.’

It was at this juncture when Chaudhry began to disrupt his speech, prompting Khan to ask the Speaker, “Put a leash on (the dog).” Although, the Speaker urged him and Chaudhry to not indulge in ‘cross-talking,’ Khan continued addressing the minister, “I had left you tied at home…I had put a leash around your neck before coming to parliament.”

Both Khan and Chaudhry then traded ‘shut up’ barbs with each other amidst the Speaker’s desperate attempts to calm both of them down.

The video has evoked strong reactions from social media users.

Mushaidullah Khan calling Fawad Chaudhry a dog is simply a shocking display of awful behaviour. Makes me very sad. I’ve always condemned bad language of everyone, including PTI leaders. This, from an older person, is just what’s wrong w/ our politicians: no sanctity of parliament pic.twitter.com/WsZ6pYYwFn

You only have PTI to thank for bringing this culture to not only parliament but also social media.

Well if you are just shocked now, that literally shocked me.

You should have known his porter career, affiliations, views about fake degree holder pilots and pia engineers as he hired them etc etc etc

Not saying anything about his family!!

The ruckus took place during the joint session of the Pakistani parliament to discuss the fallout of India’s decision to abrogate Article 370 on Jammu and Kashmir.