In a huge development on Monday, Indian Ambassador to UAE Pavan Kapoor urged Indians living in the Gulf kingdom to exercise caution amidst a raging controversy over Islamophobia. Kapoor quoted a recent tweet by Prime Minister Narendra Modi to reiterate that India believed in the value of ‘non-discrimination.’ 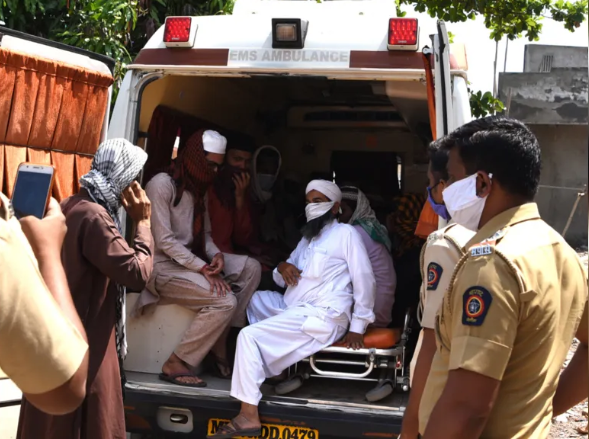 Kapoor tweeted, “India and UAE share the value of non-discrimination on any grounds. Discrimination is against our moral fabric and the Rule of law. Indian nationals in the UAE should always remember this.”

India and UAE share the value of non-discrimination on any grounds. Discrimination is against our moral fabric and the Rule of law. Indian nationals in the UAE should always remember this. https://t.co/8Ui6L9EKpc

Kapoor’s tweet came amidst several prominent personalities from across Arab countries expressing concern over attempts to blame Muslims for the spread of coronavirus in India. Many intellectuals had singled out a tweet by BJP MP Tejsvi Surya making fun of Arab women.

Elsewhere, Organisation of Islamic Cooperation too issued a strongly-worded statement over the growing Islamophobia in India. The organisation’s human rights’ wing took to Twitter to write, ” #OIC-IPHRC condemns the unrelenting vicious #Islamophobic campaign in #India maligning Muslims for spread of #COVID-19 as well as their negative profiling in media subjecting them to discrimination & violence with impunity.”

Its subsequent tweet read, “#OIC-IPHRC urges the #Indian Govt to take urgent steps to stop the growing tide of #Islamophobia in India and protect the rights of its persecuted #Muslim minority as per its obligations under int”l HR law.”

Prime Minister Narendra Modi on Sunday had said that coronavirus did not see ‘race, religion, colour, caste, creed, language or border before striking.’